EAST AFRICAN YOUTH: What They Think 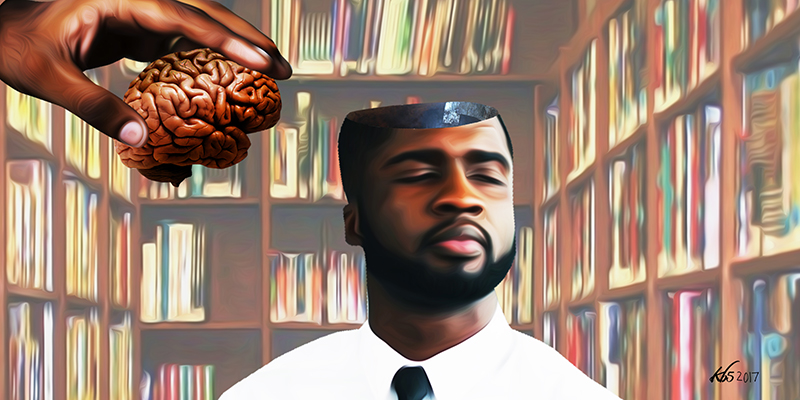 With a median age estimated at 18 years, and with about 80 percent of the population below the age of 35 years, East Africa is one of the youngest regions in the world. Relatively little is known about the socio-economic, political and institutional factors that determine their identity, values, and attitudes, and how these in turn shape their concerns and how they think about the future.

About 7,000 individuals between the age of 18 and 35 were interviewed in Kenya, Tanzania, Rwanda and Uganda. Results revealed five dimensions of youth identity and how factors like nationality, religion, gender and age influence the ordering and reconfiguration of the dimensions of identity. With the exception of Rwanda, East African youth have broadly similar attitudes regarding rule violation.

The study reveals that East African youth were adaptively constructing and re-configuring their identities along five key dimensions. About 40% of the respondents said they were youth first, while 34% identified first as nationals/citizens of their countries. Moreover, 11% identified themselves by their faith first and 6% identified as members of their family first. Only 3.5% reported their tribe or ethnicity as the first dimension of their identity.

Youth as the first dimension of identity, signals a sense of internal cohesion and solidarity. It is also consistent with the policy and legal categorizations by society and state that establish youth as socially distinct category. This distinct identity as youth enhances a sense of esprit de corps – a sense of belonging that also confers a sense of social entitlement and shared grievance. It is not uncommon to hear youth agitate for affirmative action to set aside youth seats in parliament or cabinet and prequalification of delineation of youth quotas for government tenders. Further analysis revealed differences in ordering of identity at the national level. For example, Tanzanian respondents identified as predominantly as youth, while those in Kenya and Rwanda identified themselves as citizens of their respective countries and by their religion. Among respondents in Uganda, family and tribe were important dimensions.

However, the ordering of identities are not static, East African youth were indeed reconfiguring their identities between age 18 and 35 years, which is perhaps related to progressive developmental shifts. The study revealed that ethnic, familial and religious dimensions of identity also get amplified between 18 and 35 years. The age-graded self-perceptions and identities reflect and suggest conformity to mainstream societal norms, which also provide insights into differences observed between countries. In Kenya for example, the proportion of youth who identify by ethnicity increased from 4% to 7.8% between the ages of 21 and 35, representing a 90-percentage point increase. These results confirm the strong ethnic inclinations in the Kenyan society. The converse was true in Tanzania where ethnicity as a dimension of identity remains stable across the life course of the youth, from 18-35 years.

Tanzanian respondents identified as predominantly as youth, while those in Kenya and Rwanda identified themselves as citizens of their respective countries and by their religion. Among respondents in Uganda, family and tribe were important dimensions.

The surge in salience of ethnic identity among 30-35 year old youth is in conformity with the exigencies of adulthood – finding employment and or business opportunities. As they grow older, they realize that reciprocity is ethnically determined and networks are essentially ethnic. Hence, the age-related changes with regard to rank-order of identity dimensions reflect progressive developmental shifts as well as trajectories of conformity with mainstream adult orientations, attitudes and values. The age-related accentuation of ethnic distinctiveness observed in Kenya is in sharp contrast to a more stable and muted sense of ethnic identity in socially cohesive Tanzania. Unlike in Kenya, Tanzania, since it’s founding has focused on diminishing the prominence of ethnic identity. Tanzania’s ruling party elite has consistently drummed up the ethos of Ujamaa – equitable economic production and distribution of public resources to drive social cohesion and economic progress.

Ethnic identity is perceived as hostile to social cohesion and the ideals of nation building. Tanzania’s first President, Julius Nyerere, who projected nationalism as counter identity to ethnicity or tribalism, emphasized the need to weave a nation out of a tribe and resisted the politicization of ethnicity. In Rwanda, ethnicity as an identity has been outlawed after the 1994 genocide. President Museveni of Uganda has indicated that Uganda will be “fully evolved” when tribal, clan, and religious identities are inconsequential. Kenya’s own Nobel Peace Prize laureate advocated for increased participation by youth to promote social cohesion based on shared identities that transcend ethnic lines.

As they grow older, they realize that reciprocity is ethnically determined and networks are essentially ethnic. Hence, the age-related changes with regard to rank-order of identity dimensions reflect progressive developmental shifts as well as trajectories of conformity with mainstream adult orientations, attitudes and values.

The dimensions of identity are critical staging platforms for meaning and sense making and provide an important context for understanding the basis, origin and evolution of attitudes, norms and orientations, as well as practices. Our findings illustrate how meanings and practices derived from mainstream culture, political and institutional settings, normative and symbolic groupings of belonging (youth, religion) and historical path dependence determine the dimensions and ordering of identity.

When asked what they valued most, 81% of East Africa’s youth valued faith first; about 50% valued work and family first; 37% valued wealth and 25% value freedom. Only 7% said integrity was their most important value. About 60% of the youth admire those who use get rich quick schemes; 55% believe it does not matter how one makes money; 53% would do anything to get money; 37% would take or give a bribe; 35% believe there is nothing wrong with corruption. While 74% of the youth believe it is important to vote about 70% were vulnerable to electoral fraud and about 40% would only vote if a candidate paid them.

Corruption is generally rampant and somewhat acceptable in Kenya, Tanzania and Uganda. Tanzania’s President John Magufuli campaigned on a platform of integrity and restoration of an ethos of hard work, “Hapa Kazi Tu”. Kenya’s President Uhuru Kenyatta has said that he is frustrated by rampant and enduring corruption despite his best efforts to curb the vice. Recognizing that corruption is an impediment to development and that it poses a major challenge to good governance, President Yoweri Museveni has declared war on corruption and lamented that the fighting corruption has become complex because educated (elite) public officials are adept at concealing evidence.

Headlines such as: “Major scandals that hit the Jubilee government”; “How corrupt Tanzanian leaders hide their billions”; “High-profile corruption scandals registered under NRM”, are not uncommon in Kenya, Uganda and Tanzania. Kenya’s former Chief Justice Dr. Willy Mutunga has characterized the Kenyan elites, who are not different from their East African counterparts, as embedded in a materialistic arms race, survival of the fittest, and without any moral qualms. Similarly, Dr. Jorg Wiegratz, a scholar on moral economy of neoliberalism based at University of Leeds, argues that fraud in its various manifestations, including corruption and rule violation are indicators of the new liberal neoliberal moral order especially among the powerful elite. Neoliberal market-like incentives tend to erode the foundations of traditional ethical commitments (family, community and religion) in favor of self-interest and opportunism.

This study confirms that attitudes tolerant or even approving of corruption exist side by side among the youth – without contradiction – with high levels of religious piety (over 80% of youth say faith is the most important value). To understand the apparent dissonance between high religious piety and tolerance and acceptance of corruption one needs to take into account the public sectors that have the highest prevalence of corruption and bribery. These include: the police, judiciary, health, registry and licensing, education, utilities and civil registration. While these sectors offer critical services to the public, onerous bureaucracy and inefficiency bog them down. Moreover, public officials who hold these positions are beholden to a virulent culture of ethnic and political patronage and petty rent seeking.

Somehow, these public officials, especially in Kenya, Tanzania and Uganda believe they are entitled to eat; the public owes them chai (tea). On the other hand, the public believes its okay to give Kitu Kidogo (something small) in return to a favor of service given to them by a public official. In a sense integrity, not taking or not giving a bribe, is an elastic value, which is ambiguous and open to multiple interpretations.

This study confirms that attitudes tolerant or even approving of corruption exist side by side among the youth – without contradiction – with high levels of religious piety.

In ordinary parlance taking a bribe is viewed simply as “eating”, a normal physiological or biological need for which one must not find fault. Hence, corruption is not categorized purely as an ethical aberration; the circumstance under which one takes of gives a bribe determines the ethicality of the action. Maurice Schweitzer, a professor at the Wharton School of Business at the University of Pennsylvania, whose research focuses on ethical decision-making has shown that when there is ambiguity in categorization of a particular action, one may justify and categorize their actions in positive terms thus avoiding updating ones moral self-image.

In ordinary parlance taking a bribe is viewed simply as “eating”, a normal physiological or biological need for which one must not find fault.

While youth in Kenya, Tanzania and Uganda would go on to easily take or give a bribe, Rwandan youth were distinctly different; saying they would not take or give a bribe and unambiguous about the fact that corruption was wrong. Why? Reports like those of policemen accused of corruption who were fired in 2017, or of civilians accused of bribing policemen being arrested, or of Ombudsman publishing the list of individuals convicted of corruption related offences are not uncommon in Rwanda. Hence, Rwandan youth engage in a cost benefit analysis, which informs the ultimate decision about dishonesty (taking or giving a bribe or a belief that there was nothing wrong with corruption).

The example of Rwanda offers hope because it demonstrates the importance strong leadership and an unequivocal commitment to integrity and public accountability in shaping the attitudes and perceptions of youth. The findings of this study suggest that identities, values, norms and attitudes are shaped by and co-evolve with institutions and antecedent cultures and practices of the wider society. Any positive change we desire must start with the adults. Youth are our mirror image.