Unpacking the Supreme Court’s decision on the second election petition: Were standards lowered? 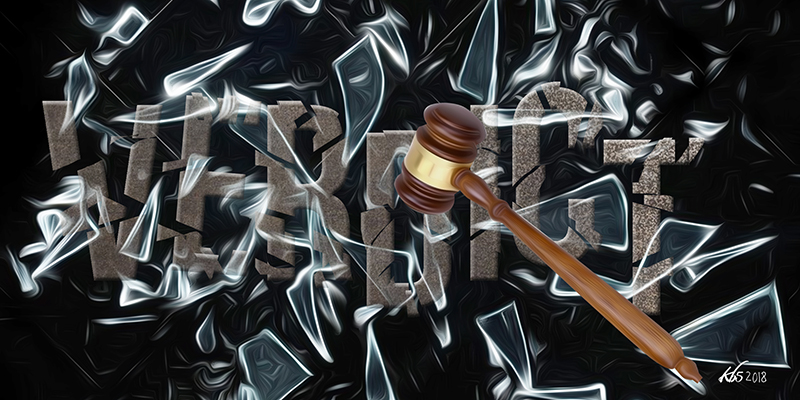 The edifice of elections is crumbling in Kenya. As internal divisions eat away at the Independent Electoral and Boundaries Commission’s shiny surface, taking down several of the IEBC’s leaders, a softer, murkier layer of corruption scandals, mismanagement and political bias lies exposed. It is tempting to try and prop up what is left of the Commission, but the Kenyan electoral crisis runs much deeper than the IEBC. Indeed, weaknesses in the very foundation of the country’s electoral theory and system threaten to bring down far more than Kenya’s electoral body.

Nowhere is this more apparent than in the Supreme Court’s judgment of the November 2017 presidential petition. This judgment – in which the Court ruled against the petitioners and upheld the conduct and result of the 26th October election – addressed several issues at the core of electoral theory and law in Kenya: universal suffrage, voter registration, violence, illegalities and irregularities and the independence of the IEBC. It was a chance to cement gains made in September, when the Court ruled that opaque irregularities and a series of illegal actions had tainted the credibility of the entire election process. Two months after that landmark decision, however, the Court took surprising positions on these fundamental issues. Its opinions, which were largely characterised by a startlingly low standard for adherence to the spirit of the law, now threaten the stability of the foundation of electoral processes in Kenya.

It was a chance to cement gains made in September, when the Court ruled that opaque irregularities and a series of illegal actions had tainted the credibility of the entire election process. Two months after that landmark decision, however, the Court took surprising positions on these fundamental issues.

This article examines the Court’s position on universal suffrage. Future analyses will cover the judgment’s implications on voter registration, election-related violence, illegalities and irregularities and the independence of the IEBC.

Universal suffrage, enshrined in the Universal Declaration of Human Rights, can be thought of as the great equaliser in representative democracies. It empowers each and every citizen with the right and authority to elect and/or eliminate political representatives to and from office. Universal suffrage is thus the bedrock of credible elections.

(2) Every citizen has the right to free, fair and regular elections based on universal suffrage and the free expression of the will of the electors for—

(a) any elective public body or office established under this Constitution; or

(b) any office holder of any political party of which the citizen is a member.

(3) Every adult citizen has the right, without unreasonable restrictions —

(a) to be registered as a voter;

(b) to vote by secret ballot in any election or referendum; and

(c) to be a candidate for public office, or office within a political party of which they are a member and, if elected, to hold office.

The October 26th election, marked by a National Super Alliance (NASA)-led boycott and months of widespread intimidation and violence, was perhaps the ultimate test of Kenyan institutions’ commitment to universal suffrage. When faced with multiple and serious challenges that threatened the country’s peace and stability, how far was Kenya willing to go to promote and protect its citizens’ right to vote?

The IEBC’s eventual decision to completely cancel elections in the violence-affected areas affected the voting rights of approximately nine percent of the country’s registered voters.

In its Supreme Court petition challenging the validity of the October election, the Kura Yangu Sauti Yangu (KYSY) civil society coalition decried the Kenyan state’s failure to meet constitutional standards of universal suffrage. Specifically, KYSY castigated the IEBC, arguing that its decision to cancel elections in 27 constituencies contravened this “fundamental principle of the ballot”. If every citizen did not have an equally fair opportunity to cast a ballot, was universal suffrage upheld?

In its judgment, the Supreme Court acknowledged and reaffirmed the value of universal suffrage and the responsibility of duty bearers to ensure that it is fully realised. In fact, the Court cited numerous cases from around the world, emphasising the centrality and critical significance of not just the law but also of its implementation, writing that the practical administration of an election must give life to the law.

From Kenya, the judgment cited a 2014 Supreme Court case:

The overriding objective of the Elections Act is to functionalise and promote the right to vote. This requires a broad and liberal interpretation of the Act, so as to provide citizens with every opportunity to vote…

The Constitution effectively confers the right to vote for legislative bodies at all levels of government…But the mere existence of the right to vote without proper arrangements for its effective exercise does nothing for a democracy; it is both empty and useless.

The right to vote by its very nature imposes positive obligations upon the legislature and the executive…this right which is fundamental to democracy requires proper arrangements to be made for its effective exercise. This is the task of the legislature and the executive which have the responsibility of providing the legal framework, and the infrastructure and resources necessary for the holding of free and fair elections.

Lowering of standards in the October election

There was no question that the October election was controversial and violent, marked by widespread intimidation, threats and attacks. In fact, in many NASA strongholds, citizens were faced with closed polling stations, barricaded roads and brutal police-citizen violence. In some areas, IEBC officials did not report to polling stations at all. The IEBC’s eventual decision to completely cancel elections in the violence-affected areas affected the voting rights of approximately nine percent of the country’s registered voters.

It was thus surprising that the Court, in its consideration of the arguments, ruled that:

…neither the State nor IEBC or any other State Organ failed to fulfill its duty to respect and guarantee the right to vote. To the contrary, the evidence adduced indicates that the State (particularly the Police and the Ministry of Interior and Co-ordination of National Government) took preventative action to safeguard the safety of election officials, voters, election material and infrastructure.

The Court’s decision rested largely on a series of communications between the IEBC and security forces before the elections. Indeed, the Court praised the IEBC’s and other institutions’ efforts to prepare for a difficult electoral environment. While it is clear that the IEBC did make an effort to ensure that it could safely proceed with its work, it is unclear how much the Commission and the police force actually did on Election Day to protect people’s right to access polling stations and to cast ballots.

A police force truly committed to protecting people’s right to vote may have, for instance, set up safe corridors for voters who did not wish to boycott the election. Police and other security forces could have provided special protection to IEBC officers in volatile areas and could have made arrangements to safeguard the environments around particularly problematic polling stations. Surely, protecting universal suffrage requires more than preventative plans; it also requires that those with power approach their jobs with a sense of active service to people whose rights may be threatened.

This ruling, which deemed preventative action to have been sufficient for the protection of universal suffrage, sets an extremely low standard. Given the Court’s acknowledgment of the importance of proactive implementation of the law, it is surprising that it did not take state institutions to task for their clear failure to develop innovative solutions and interventions.

Even if it was the case that many NASA supporters chose to stay away from the polls, in the interest of universal suffrage and to demonstrate its commitment to all voters, shouldn’t the IEBC and police have prioritised facilitation of voting for those who wanted to vote in these areas?

When it became clear that violence was preventing voting in certain constituencies, the IEBC was quick to decide that it would simply cancel elections in those constituencies. There was little, if any, public discussion about how to address the rights of people in these violence-affected areas that may have wished to cast their ballots. This approach seems to have rested on the assumption that everyone in areas that have traditionally been NASA strongholds chose to participate in violence and/or elected not to vote. Such assumptions are elementary, revealing a frighteningly superficial understanding of Kenya’s political environment. They also demonstrate a willingness to apply the law unequally, thereby disenfranchising and blatantly ignoring a portion of society.

The law allows the IEBC to cancel elections in certain areas if it is clear that the returns from those areas would not impact the final result. Nonetheless, it is worth considering the message this decision sends to voters. Even if it was the case that many NASA supporters chose to stay away from the polls, in the interest of universal suffrage and to demonstrate its commitment to all voters, shouldn’t the IEBC and police have prioritised facilitation of voting for those who wanted to vote in these areas?

In its judgment, the Court did not answer this central question. Instead, it skirted the point entirely in favour of laying blame. In fact, the Court said that since there was clear evidence that the IEBC and other State institutions took preventative action to try and ensure the safety of the IEBC staff and election materials, the blame for an environment that prevented voters from casting their ballots lay with “unidentified private citizens and political actors”.

Unfortunately, the Court’s determination seems to miss the point. The relevant issue is not the identity of the party/parties responsible for the violence; it is whether or not voters suffered “unreasonable restrictions” as they attempted to exercise their right to vote. Given that even the IEBC admitted that, despite its attempts to secure polling stations, some voters were unable to vote, it is clear that certain voters did indeed endure unreasonable restrictions on their franchise.

It is time for a much more progressive outlook on and approach to universal suffrage in Kenya.

It is time for a much more progressive outlook on and approach to universal suffrage in Kenya. The State must, of course, be prepared for possible challenges and so a response plan is necessary. However, State officers whose jobs include protecting and promoting universal suffrage must be more than responsive; they must integrate constitutional standards of public service into their every day jobs, especially around elections. Interventions that go beyond containing disturbances and violence to actively facilitating voting among those participating in elections are essential to furthering this most fundamental and sacred right.