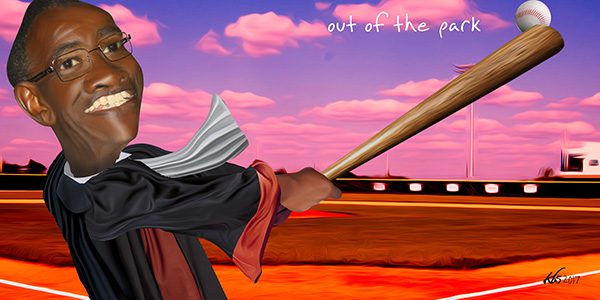 On September 1, 2017, Kenya made history as the first African nation and the third in recent world history to abrogate its presidential election result. Indeed, the Supreme Court’s bold and groundbreaking decision to nullify the results of the August presidential election was a significant step forward for the meaning of electoral integrity in Kenya. The judgment offered a comprehensive set of guiding principles and practical instructions for future elections, laying the ground for a foundational definition of electoral integrity for the country.

In the weeks since the Court’s ruling and in the days leading up to the fresh presidential election, Kenya has continued to debate the issue of electoral integrity. In fact, the definition of a free, fair and credible election has become a national conversation. From news shows to social media to dinner tables, Kenyans have been asking: What are the implications of the Court’s judgment and what do the guiding principles of electoral integrity mean for Kenyan elections?

From news shows to social media to dinner tables, Kenyans have been asking: What are the implications of the Court’s judgment and what do the guiding principles of electoral integrity mean for Kenyan elections?

The debate thus far has been biting, with supporters and critics of the judgment putting forward their own demands and minimum standards without across-the-aisle conversation. Now, with a little less than a week before the fresh presidential election, a controversial set of amendments to the electoral law, many of which threaten to undermine key parts of the judgment, awaits the president’s signature.

Regardless of the direction of reforms, the Supreme Court has breathed new life into the concept and understanding of electoral integrity.

First, the Court’s determination that an election is a process rather than an event affirms the importance of all the election-related activities that have a bearing on voting day. The Court’s statement on process, which included a sharp rebuke to those who were willing to dismiss issues that could not be proven to have had a mathematical impact on the numerical result, greatly raises the standard for voter registration, boundary delimitation, party nominations, legal reform, dispute resolution and a host of other activities that tend to receive less attention and scrutiny than voting day.

On our part…we are of the view that…elections are not only about numbers as many, surprisingly even prominent lawyers, would like the country to believe. Even in numbers, we used to be told in school that to arrive at a mathematical solution, there is always a computational path one has to take, as proof that the process indeed gives rise to the stated solution.…Elections are not events but processes. (224)

The emphasis on process is especially relevant in Kenya, where pre-election problems and inconsistencies, especially those related to voter registration, party nominations and primaries, legal reform, and campaigning, have cast doubt on both of the elections conducted under the new constitution.

The emphasis on process is especially relevant in Kenya, where pre-election problems and inconsistencies, especially those related to voter registration, party nominations and primaries, legal reform, and campaigning, have cast doubt on both of the elections conducted under the new constitution.

The Court’s emphasis on process also makes it clear that, even without a “smoking gun,” a result lacks legitimacy unless it flows out of a credible and publicly trusted process.

It is true that where the quantitative difference in numbers is negligible, the Court, as we were urged, should not disturb an election. But what if the numbers are themselves a product, not of the expression of the free and sovereign will of the people, but of the many unanswered questions with which we are faced? (378)

This aspect of the judgment elevates process above result. Even if the result appears to be correctly compiled and calculated, it lacks legitimacy without a credible process behind it.

Redefining elections as processes also changes the electoral timeline. Instead of focusing on the funding and expertise needs related to the period immediately surrounding election day, it now becomes necessary to think about what kinds of assistance, money and capacity are required on a more permanent and cyclical basis. As processes, elections must become much more integrated into long-term governance work.

Second, the Court’s judgment places voters squarely in the centre of the electoral process. It states that the Independent Electoral and Boundaries Commission (IEBC) has a responsibility to devise and deploy election systems that the voter can understand (emphasis added). It thus brings life to the constitutional standard of simplicity; if ordinary voters have to understand it, it follows that electoral activities must be straightforward.

The judgment’s determination that voters should be able to independently cross-check results raises the bar, requiring election data to be clear, accurate and easily comprehensible.

The judgment goes further, specifying that the IEBC has a duty to provide access to the information that can enable a voter or a candidate to cross-check results “with a view to determining the integrity and accuracy” of those results. This directive is incredible for its apparent simplicity: it requires the IEBC to share whatever materials are necessary for an ordinary voter to check and make sure the announced results add up. In Kenya, this means that – at minimum – polling station results forms, voter turnout records, the Register of Voters, constituency level results forms, county level results forms and the final announced results must all be available for public scrutiny.

In so many past elections, results forms (and other reference documents) have been so riddled with errors, missing data, and erroneous information that it has been impossible to determine who won. The judgment’s determination that voters should be able to independently cross-check results raises the bar, requiring election data to be clear, accurate and easily comprehensible. Although this part of the judgment is brief, it carries enormous weight, placing the onus on the IEBC to provide a clear and accurate set of results to the public.

Seen through the lens of electoral integrity, these guidelines are perhaps the most remarkable part of the judgment because they clearly state what otherwise abstract principles mean at a practical level.

The Court’s opinion that the IEBC must provide accurate data to the public may seem like an obvious point. In so many past elections, however, election data has been characterised by incomplete information and incorrect calculations, leaving ordinary voters without a clear way to understand what is in front of them and without a way to hold the IEBC accountable. In fact, both the 2013 and August 2017 election results were announced without all polling station-level results forms in hand. The missing forms from 2013 remain absent to date. The judgment, then, directly confronts this kind of impunity.

It is also significant because it underscores the sovereignty of the voters. The IEBC is ultimately accountable to the voters; a situation in which voters cannot see and understand the results of their elections is indefensible.

Third, the Court’s judgment offers a clear set of guidelines for the practical operationalisation of constitutional principles of electoral integrity. Specifically, the Court laid out what the principles of accuracy, verifiability, security, accountability and transparency mean (in practical terms) when designing and conducting an election:

Seen through the lens of electoral integrity, these guidelines are perhaps the most remarkable part of the judgment because they clearly state what otherwise abstract principles mean at a practical level. This is invaluable advice for those officials who are responsible for planning and administering elections, because it provides clear parameters for exactly how to collect, tally and store results.

Although these guidelines focus largely on election day, they offer a useful starting point for the development of similar practical guidance related to the rest of the electoral process.

Overall, the judgment has laid the groundwork for meaningful election reform and has opened a door for robust and meaningful public debate and deliberation on citizens’ views on the meaning of elections.

The legitimacy of future elections in Kenya now hangs in the balance. Let’s hope that, irrespective of the president’s decision on the amendments, the spirit of future electoral reform in Kenya will be based on the lessons and messages of this judgment.

By Seema Shah
Seema Shah is an elections expert with experience in North America, Asia and Africa. She holds a doctorate in Political Science, and her research focuses on electoral politics, with an emphasis on electoral integrity and electoral violence.