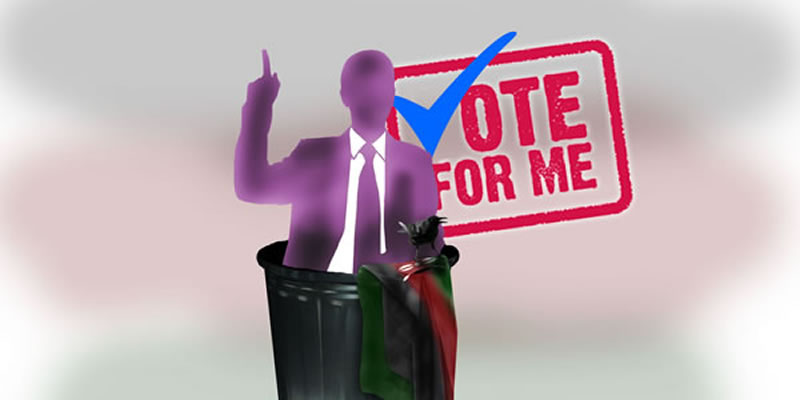 In February 2004, I interviewed a group of elderly men in Tetu, Nyeri about their experiences of the Mau Mau rebellion in their home area. After we finished the formal interview, I switched off the tape recorder and we ate lunch. Over food, the conversation moved on to the events in their lives that they felt had a left a similarly deep impression on them as the violence of the 1950s.

They spoke at length, for instance, about their memories of serving in the British Army in Malaya in the Second World War. Alongside the memories of the war in the jungles of South East Asia and the bloody British counterinsurgency campaign closer to home, one other moment stood out: The defeat of Kenneth Matiba in the 1992 presidential election. Twelve years later, my interviewees were still indignant at the violence and irregularities that accompanied Daniel arap Moi’s victory.

This sense of despondency would feature in any effort to write a history of Kenya’s elections; the deep-seated and long-lasting dejection created by electoral defeat is one of the few common threads connecting the historical experiences of Kenyans throughout the past 60 years. It is not due to disappointment arising from backing the wrong candidate but instead to the recurring sense of an electoral system being manipulated to serve the interests of incumbents.

On every occasion since 1957, the conduct of Kenyan elections has thrown the credibility of the electoral process into doubt, even on those occasions when the result met with popular acclaim

The year 2017 marks the 60th anniversary of the beginning of Kenya’s electoral history, assuming one excludes the prior polls from which the country’s African majority were barred under colonial rule. On every occasion since 1957, the conduct of the election has thrown the credibility of the electoral process into doubt, even on those occasions when the result met with popular acclaim.

In 1957, elections for African representation on the Legislative Council were held as part of the first steps towards decolonisation. These polls set the tone for the decades that followed. The colonial authorities set the rules, citing the country’s ethnic diversity and assumed propensity for violence, in order to control the outcome. They simply banned anyone suspected of support for Mau Mau from either voting or standing for the one seat available to the voters and candidates of Central Province; moreover, no parties were allowed. In 1961 and 1963, the British again attempted to manipulate the outcome of the electoral contests between Kadu and Kanu in order to prevent the latter from assuming a dominant position within post-colonial politics.

The successors to the British proved to be just as willing to play with the rules in an effort to control the outcome of elections. Jomo Kenyatta banned the opposition Kenya People’s Union a few weeks before the 1969 election; the country remained a de facto one-party state through the 1974 and 1979 elections. The one-party state had been codified in law by the time of the 1983 elections; even this provision was not enough to satisfy Daniel arap Moi in the 1988 election, which witnessed the infamous queue voting during the Kanu primaries.

MULTIPARTYISM DEMANDED A MORE NUANCED APPROACH TO MANAGEMENT OF ELECTIONS

The reintroduction of multipartyism in time for the 1992 election demanded a more nuanced approach to the management of elections by those in power: Voter intimidation, corruption, and manipulation of the electoral rules and a compliant judiciary in order to dismiss subsequent legal challenges, helped ensure Moi’s victories in 1992 and 1997. The scale of Mwai Kibaki’s win in 2002 and the euphoria at Kanu’s defeat meant that shortcomings in that election were all too quickly glossed over. No more need be said about 2007. And the alleged malpractices during the tallying and transmission of results in 2013 still rankle with Raila Odinga’s supporters.

Throughout this history, the subversion of the democratic process has been justified in remarkably similar terms. Most obviously, it has been repeatedly claimed from the colonial period onwards that the ethnic composition of the country and fears of insecurity made open, transparent elections unsuitable for Kenya. Similarly consistent is the fact that the manipulation of elections through fixing the rules and influencing voters and judicial rulings on the process have served the obvious interests of incumbent governments. With the benefit of 60 years of observations, we can hardly claim that this approach to elections by successive governments has resulted in a more harmonious, peaceful society.

The scale of Mwai Kibaki’s win in 2002 and the euphoria at Kanu’s defeat meant that shortcomings in that election were all too quickly glossed over. No more need be said about 2007

Each election that has passed without due process or accountability has created another cohort of disillusioned and disaffected voters. On few occasions has this disaffection manifested itself in protests; electoral violence in Kenya, even in 2007, has had little to do with the electoral process. Instead, many voters have become cynical and alienated from the political system.

OPPORTUNITIES TO REVERSE A HISTORY OF DISAFFECTION

Opportunities to reverse this history of disaffection with Kenya’s brand of democracy have been squandered in the past, most notably after 2002. An orderly transfer of power from the elderly Mwai Kibaki to a younger successor in 2007 could have consolidated the story of 2002; it was okay to lose. Of course, rather than confirming Kenya’s trend towards democratisation, the 2007 election created even greater suspicion of the electoral process. The aftershocks of 2007 continue to be felt in every discussion of tallying a decade later.

The 2017 election could present another such opportunity to start afresh. More than a third of the voters next month will be casting their ballots for the first time. Although hardly ignorant of the country’s difficulties during previous elections, these young Kenyans hold sufficient power in numbers at the ballot box to demand a different sort of politics from the men and women seeking their support. Furthermore, the consolidation of devolution and the 2010 Constitution more broadly may yet prove to have created new subjects for debate and a framework for local alliances that profoundly influence the outcome of a national election.

However, there is much about this current election that seems so familiar, not least because the cast of characters remains dominated by a generation of leaders that came to prominence in the last desperate years of Kanu rule. With the exception of those that have died or retired, the men who desperately sought to succeed Moi continue to dominate the upper echelons of Kenyan politics and block the emergence of new voices that are so urgently needed to rejuvenate political debate. That is to say nothing of the continuing stark absence of women from positions of influence and power.

Given the continuity in the leadership of both Jubilee and Nasa, it is unsurprising that the pre-election controversies involving the IEBC seem to be heavily influenced by the longer history of electoral malpractice. Nasa is not just fighting the last war, but at least two or three others in the more distant past in which its leaders were left scarred by the conduct of the polls.

Rather than confirming Kenya’s trend towards democratisation, the 2007 election created even greater suspicion of the electoral process. The aftershocks of 2007 continue to be felt in every discussion of tallying a decade later

It is this history that makes the raft of controversies around the IEBC so important. Concerns about the possible million dead voters, the rulings on the eligibility and integrity of candidates, the contract for the presidential ballot papers, and the process for tallying and announcing results all have echoes in Kenya’s electoral history. The reality is, as Makau Mutua writes, that the IEBC’s credibility is broken even before the election has been held.

Without being able to rely on the IEBC to ensure the conduct of a credible election, Kenyans can only pin their hopes on the judiciary to again be the last resort in any effort to ensure the election is held in accordance with the law. Every Kenyan should therefore be dismayed by Jubilee’s efforts to besmirch the reputation of the courts and to question the motives of judges hearing cases related to the election. To hear Senate Deputy Majority Leader Kipchumba Murkomen describe the judiciary as “a threat to the rule of law” is chilling.

JUBILEE MAY SOON NEED IEBC AND JUDICIARY TO PROTECT THEM

Jubilee most ardent supporters are doing themselves no favours by parroting such remarks. Even if Kenyatta wins again, the ruling coalition is unlikely to survive the forthcoming bitter succession battle ahead of the 2022 election. Jubilee’s constituent parts may well very soon need a robust IEBC and confident judiciary to protect them should Kenya experience the divisive politics of succession that so blighted the country ahead of the end of the presidencies of Jomo Kenyatta and Daniel arap Moi.

The champions of process, transparency and accountability should not be dismissed as unpatriotic, partisan or rabble-rousers. Their provocative questions do risk encouraging protests against the IEBC. But by far the most dangerous position to take in the debate on the various controversies involving the IEBC at this moment is to simply look away and preach silence in order to preserve peace. When used to quash debate about electoral irregularities, such narratives that privilege order and stability over reasonable criticism and calls for greater transparency are ultimately counterproductive. As 2007-8 demonstrated, peace and order are unlikely to survive when the credibility of the institutions charged with overseeing close elections is destroyed.

Nasa is not just fighting the last war, but at least two or three others in the more distant past in which its leaders were left scarred by the conduct of the polls

Nor can Kenyans pin their hopes on any one transcendent individual to hold the country together in the absence of a sound institutional framework for elections. Anyone who hoped that devolution would create a new pool of such potential leaders need only look at the current gubernatorial contest in Nairobi to see the poverty of leadership at this moment in Kenyan history.

Where else can those who want to improve Kenya’s lot look if not to institutions and the Constitution? Kenya does not need a transformative, euphoric election. It needs to put in place the foundations for a sound but likely imperfect democracy.

After 60 years of compromised democracy, Kenyans should, for once, experiment with open, transparent elections overseen by a credible, independent electoral commission and an empowered judiciary free from executive interference.

Daniel Branch is a historian and author of Kenya: Between Hope and Despair, 1963-2011