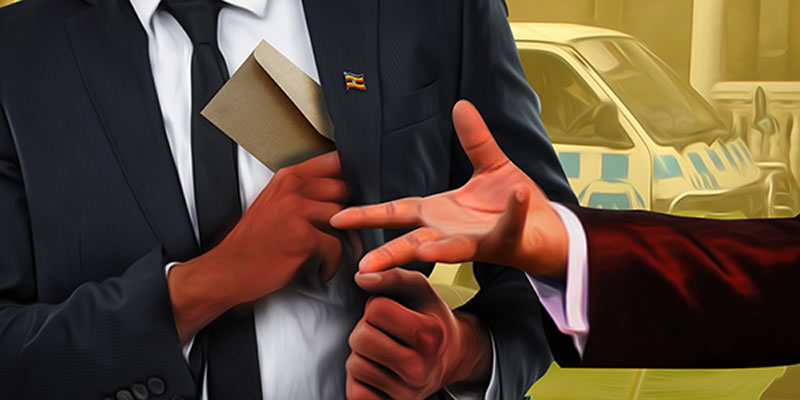 Recently I got up close and personal with one of Kampala’s leading businessmen whom I sat next to during a lavish traditional marriage ceremony (kuhingira) for the daughter of one of the senior officials in the Ministry of Health. We spoke about several things including the epidemic of commercialisation of cultural and religious life. The discussion, as a matter of course, led us into the state of Uganda’s economy which in the words of the businessman, “is in a worrying state.”

This awakened the journalist in me; I decided I wanted to get to know his story and probably the story behind it. I learned that he engages in importation of merchandise from China, Thailand and Turkey and was building a business empire until 2015 when the business shocks started. The man who used to ship to Kampala at least two 40ft containers of merchandise every month up until 2015 can now only manage one in six months. Things have really slowed down and this indeed is the story of many local businesses in Uganda today.

This view is shared by Dr Ramathan Ggoobi, an economics don at Makerere University Business School. He argues that the economy is sick, though not yet in intensive care. Ggoobi explains that agriculture, the backbone of Uganda, has gone through four consecutive patterns of negative growth, and banks have become increasingly averse to lending money to local businesses, farmers and real estate developers. It is understood that in the past 12 months, banks have approved only 50% of the loan applications submitted.

This comes against a backdrop of commercial banks being faced with myriad non-performing loans. On the other hand, bank lending rates are also too high to attract meaningful numbers of borrowers.

Another indicator of the economic slowdown is the fact that imports have dwindled. The economics don explains that for a country that is classified as a net importer of goods to register a decline in imports, is an indicator of bad economic times. The inflation rate is at 7.2 per cent.

Agriculture, the backbone of Uganda, has gone through four consecutive patterns of negative growth, and banks have become increasingly averse to lending money to local businesses, farmers and real estate developers

The gross national disposable income figures have reportedly not grown over the past two years. Businesses are experiencing a downturn in sales as a result of an accelerating reduction in demand. The Bank of Uganda Governor seems to agree that demand is falling but remains adamant that shortage of aggregate demand is not the cause of the slowdown in growth in 2016/17.

Local infrastructure companies that were accustomed to getting business from the government, are on the point of closing shop, having laid off many of their employees. This is in part due to recession in the national economy. Acting executive director of the Uganda National Association of Builders and Civil Engineering Contractors Daniel Lokong backs this arguments when he reveals that by the end of June 2017, only 10% of the 97 companies had paid up their annual membership subscription fees, which in the past would be paid up by the first quarter of the year. “When we call them up to follow up on their obligation to pay annual subscription, the contractors attribute the delay to a downturn in business”

A report by United States Agency for International Development (USAid) on Uganda’s population dynamics reveals that every year universities and tertiary institutions produce over 400,000 graduates to compete for the less than 9,000 available jobs. Youth unemployment and poverty have reached a scale and magnitude that the country has not seen before. The public perception is that the national economy is not just stagnating but actually shrinking.

The African Economic Outlook Report 2017 lendS credence to this perception. The report reveals that Uganda’s economy is growing at a decreasing rate. For example, in 2014, real GDP growth was recorded at 5.5% but that growth went down to 4.8% in 2016.

Speaking during an informal dinner organised by United Bank for Africa on May 12, 2017 in Kampala, the Governor of the Bank of Uganda, Dr Emanuel Tumusiime Mutebile revealed: “It is true that real growth in the current fiscal year will be lower than was initially projected, but that does not mean that the economy is in recession. ….there is a slowdown in economic growth but this should prove to be only temporary”

The Governor further said, “We are forecasting that real growth for the full fiscal year will be only about 4%, which is one percentage point below potential”. He dismissed claims that the national economy is suffering from a lack of demand. He noted that there is little evidence to indicate that a lack of demand has depressed real economic growth.

Detractors argue that the figures presented in the African Economic Outlook Report 2017 are based on central bank statistics that may be “manufactured” to paint a more promising picture whereas the situation on the ground is much worse. Truth be told, Uganda is facing daunting economic challenges that policy makers need to come to terms with and find quick solutions to.

Ugandan businessmen and women are now coming to grips with the bitter reality of going under. Whereas this may in part be attributed to bad business decisions on their part, many of them are attributing it to the 2 C’s – Corruption and China

Ugandan businessmen and women are now coming to grips with the bitter reality of going under. Whereas this may in part be attributed to bad business decisions on their part, many of them are attributing it to the 2 C’s – Corruption and China.

Corruption in the country is now so sophisticated that the many anti-corruption institutions and laws Uganda boasts of are actually only chasing shadows. This sophistication is a creature of the shift in public finance management from the use of paperwork to the electronic Integrated Financial Management System (IFMS). The efficiency brought about by IFMS has not only improved public finance management system but also the corruption system. Corrupt technocrats have mastered the art of manipulating the system to fleece public funds without leaving paper trails. Unfortunately, public anti-corruption institutions have not advanced their ICT competencies at the same pace.

For example, one of the sticky issues in the commission of enquiry into corruption in the Uganda National Roads Authority (UNRA) was the massive abuse of fuel cards. Some of these cards could not be decrypted. In the end, the chapter on fuel abuse proved the shallowest in the Commission of Enquiry Final Report.

At the macro level, the government has for the past five financial years dedicated a big chunk of the national budget to financing infrastructure projects, particularly in the transport and energy sectors. Most if not all contracts have gone to Chinese companies that repatriate all monies to their home country. They import almost everything from home including labour and construction materials like cement, metal bars, bolts, trucks, name it.

An anonymous source in the Uganda National Roads Authority revealed to this writer that between 2014 and 2016, the authority advanced Chinese companies over Ush420 billion ($118m) for construction of the Entebbe express highway, the new Nile Bridge and Karuma Hydropower project and other infrastructure projects. In October 2016, the Parliamentary Committee on Commissions, Statutory Authorities and State Enterprises forced five Chinese construction companies to refund Ush26.3 billion ($7.4 million) that they had stashed in fixed deposit accounts in their home banks.

The actual number of Chinese labourers in Uganda to date is yet to be released. In 2015, the Immigration Department declared an official figure of 4,473 Chinese nationals. The Sinohydro Corporation Ltd contracted to construct Karuma Hydropower Dam reports that it employs 4,000 labourers of which 1,000 are Chinese. But there are quite a number of Chinese labourers working with Chinese companies in Kampala without work permits.

At the micro level, Uganda is experiencing an influx of Chinese who are engaged in petty trade. They have opened supermarkets and retail shops in Kampala and other municipalities in competition with local businessmen and women. The downside is that the merchandise that Ugandans used to import from China and sell for profit is now available in bulk in Chinese shops on the same street and at a much lower price. Those who used to earn from imports from China are now left with one option: Buy from the Chinese next door.

Chairperson of the Kampala City Traders Association Everest Kayondo explains that China has a policy of giving tax rebates to nationals once they export. The tax rebate makes their goods a lot cheaper than their Ugandan counterparts. “This is why we are demanding that the government bar Chinese traders from engaging in petty commerce where they sell the same goods as local traders in downtown shops but at a far cheaper price”, said Kayondo. Customers line up in Chinese shops that have better prices. The result: Many Ugandans have been driven out of business. The capacity of the local private sector has been severely dented.

Despite the economic difficulties, the Uganda Revenue Authority reports that it has been recording revenue collection targets of 95% and above over the past five years

Projects in Uganda are initiated not because the economy is viable or that economic conditions are conducive, but because President Museveni has directed that they be initiated. The consequence of this is a wave of bad economic decisions that have in part bedevilled the national economy.

Decisions such as the tight monetary and fiscal policy where a number of private sector firms have had to go unpaid for months, hurting their cash flows and making it difficult for them to service bank loans; allocating 60% of the total national budget to development projects especially construction of dams and roads; and excessive spending on presidential and parliamentary electoral campaigns, have negatively affected the economy.

Despite the economic difficulties, the Uganda Revenue Authority reports that it has been recording revenue collection targets of 95% and above over the past five years. Yet the collections cannot fund the national budget 100%. Uganda still has to rely on grants, donation and borrowing from bilateral and multilateral development partners. These last keep their cards close to their chests and you can never predict which one is going to be pulled out. The IMF is now proposing to Uganda three remedies: First, revert to macroeconomic stability; second, carry out structural reforms; and third, emphasise the social economy.