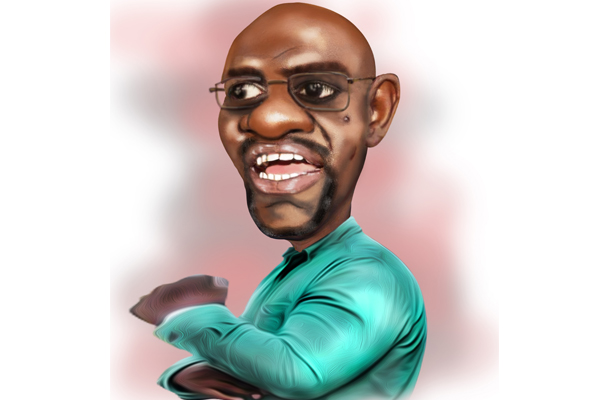 One of the most extraordinary achievements over the past decade, the past three years in particular, in the conduct of public affairs has been the normalisation of plunder via conflict of interest. As a result, Kenya is a country where one becomes a public servant expressly to become rich. This has seen the introduction into the Kenyan lexicon of a term we always associated with South Africa – the ‘tenderpreneur’ – individuals or corporates of no particular training, specialisation or professional qualification whose primary aim is to extract contracts from the state or regional governments primarily for private gain, where the provision of public goods or services is purely incidental if it happens at all.

You go into public office to get rich. We have even borrowed a South African term – the tenderpreneur – individuals or corporates whose primary aim is to extract contracts from the state

For example, we are reading about astonishing happenings at the Devolution Ministry. The widely accepted definition of corruption: ‘The abuse of vested authority for private gain’ has become more nuanced, constituting what Tanzanian economist Ghalib Jafferji describes as ‘the illegitimate transfer of economic surpluses from those without power to those who wield it.’ The destabilising social and political implications of this are apparent not only in countries like Kenya but in the world’s most developed countries as well.

The tenderpreneur emerges out of the permissive climate nurtured by a mixing of crony capitalism and impunity that transforms elements of the private sector into a ‘pirate’ sector. By design, the ‘pirate’ sector is as virtual as possible, unencumbered by the traditional obligations and processes of rents, payrolls, medical schemes, pensions and so on. Although it can involve an individual or group of individuals, this sector forms itself into sophisticated entities. These can operate with the same apparent legitimacy in multiple countries, even if it means they must use vexatious litigation – such as injunctions, court orders and delayed hearings – to allow them to act outside the law for the duration of their business in a country. The ‘pirate’ sector often chooses to corporatise itself in offshore tax havens, using the skills of professionals, especially lawyers, bankers and auditors. As a result, it has become apparent that even seemingly reputable companies and professional firms sometimes contain ‘pirate units.’ These units are able to move unhindered across borders and traverse the legal world like ghosts who disappear as quickly as these so-called special purpose vehicles can be shut down. Theirs is the euphemistic language of ‘commissions’; ‘conclusion’ and ‘success’ bonuses; ‘consultancy’ fees; ‘facilitation payments’; ‘philanthropic’ contributions to the relations of ‘politically exposed persons’ (PEPS); and the use of complex financial instruments to move resources around the world at the touch of a button.

In environments where corruption is systemic but lacks cultural resonance, creating a climate where social sanction can be applied against corrupt practices has been challenging. People understand the terms ‘theft’ and ‘thief,’ but corruption is a modern and ambiguous concept to many Africans. As a Nuer elder once told me, ‘My daughter cannot be married into a family of thieves.’ The task therefore is twofold: We need to embed a clear legal framework to deter and punish corruption, and we need to actually change the culture, so that the concept of corruption is both understood and recognised as anathema.

The war against graft (political corruption) has reached the point where the shame and social sanctions directed against this kind of theft and thief need to be given greater prominence in the arsenal used to fight corruption. This applies especially in countries like Kenya where its consequences can be – and often are – deadly. In its culturally most compelling form, the social sanction is about ensuring, for example, that the thief is too embarrassed to go to church on Sunday because of the looks they’ll get.

As such, the whole approach to corruption needs to be re-examined: From local cultural assumptions and preconceptions to the legal conventions, constitutions, statutes and, especially, the prosecution-related instruments brought to bear on it at the national and global levels. The following complementary but separate factors in a society are critical: Culture, ethos, ethics and traditions, and legal processes and practices. Each derives its legitimacy from history and the traditional ways in which meaning is made. By their very nature, they are far more negotiable – existing as they do in a constant state of flux in a dynamic world. Our success depends on how effectively we use them together in the fight against corruption. We do this cognisant of the fact that grand corruption, when compared with the drug trade, human trafficking, terrorism finance and other global evils, is the most easily rationalisable major felonious activity on the planet.