Things Are Elephant: The Effect of COVID-19 in Nairobi Low-Income Areas 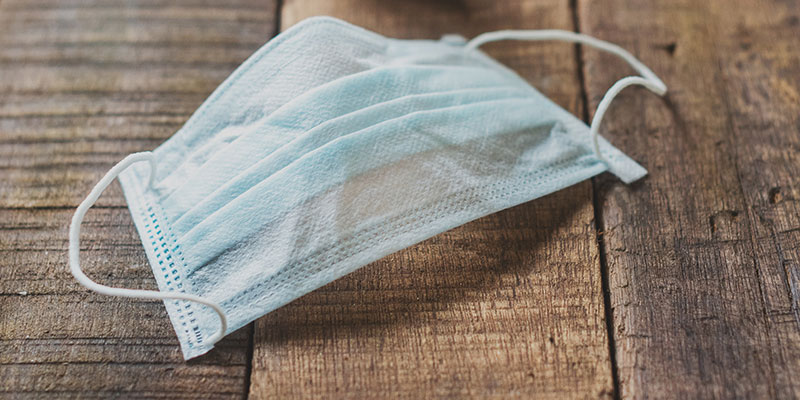 At least 30 percent of low-income earners have lost their jobs since the Government of Kenya placed restrictions to curb the spread of COVID-19 reveals a recently published report.

The report, titled Survey on the Covid-19 Global Pandemic in Nairobi’s low income Areas conducted by Trends and Insights for Africa (TIFA), a local research firm, found that at least 60 percent of those who have suffered loss of daily earnings claim that the restrictions should be lifted so that people can resume their normal economic activities even if this means the virus continues to spread. This is against a backdrop of increased desperation in many of these low-income neigbourhoods, which has strained resources in a least 75 percent of households, the report notes.

Social institutions and movement have not been spared either by the lockdown. According to the report, at least 66 percent of the respondents have been affected by the ban on travel into and out of the metropolitan and the imposition of the 1900 hrs to 0500 hrs curfew. James Mogaka, a resident of Kawangware told the Elephant that he has been unable to travel to his home county of Kisii to spend time with his family. He has not seen them since the regulations were enforced. As is the plight of Mogaka and many others, the report highlights that 57 percent of low-income earners are very worried on the continuation of the Nairobi travel ban and curfew and they advocate for the restrictions to be lifted so people can resume their normal activities. 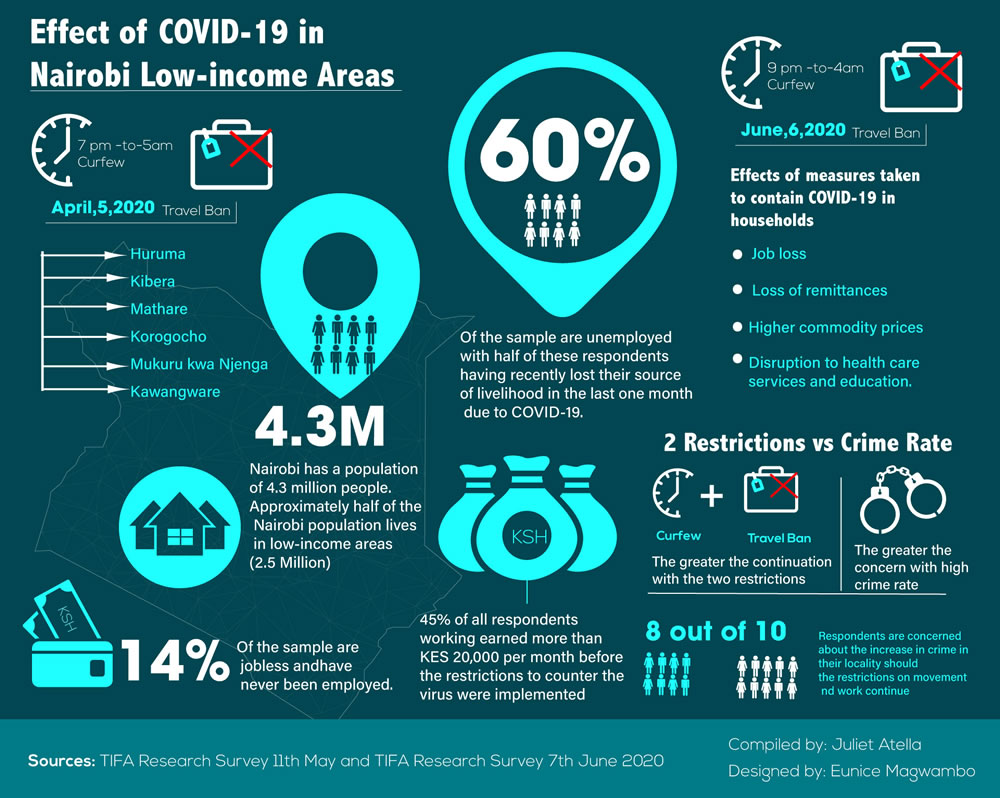 Increase in crime has been the major reason why over 80 percent of respondents are keen that the curfew and travel restrictions be lifted and economic activities continue. They are concerned about the future levels of crime due to the economic implications of the lockdown. When asked to corroborate this, Eunice Mwaniki, a resident of Huruma and mother of two, told The Elephant that she closes her vegetable business at 1600 hrs everyday because once dusk approaches, gangs of young men troll the streets pickpocketing and mugging citizens of their hard earned money. She emphasised that the last time she witnessed this kind of theft and daylight robbery was during the grim days of the Nyayo era when Nairobi was infamously christened “Nairobbery”

A majority of denizens are pessimistic that things will change and even bigger majorities are “very worried” about contracting the COVID-19 virus with the constant rise in the number of cases and deaths. Indeed, how such perceptions will change as the full extent of the impact of the virus crisis will be important to track moving forward, given the impact of such perceptions on actual behaviour, both related to the disease and the conditions of life more generally.

On 6th June 2020, a clear majority of respondents had hoped that the President would announce an end to both the travel ban and night curfew but what followed was only a reduction of the curfew period and a hinted policy posture to open up the country. As the country gets closer to 6th July 2020, the day the lockdown will likely be lifted; it is yet to be perceived what direction the government will take. What is clear, however, is that Kenyans are eagerly expecting a policy shift that will make their lives better.