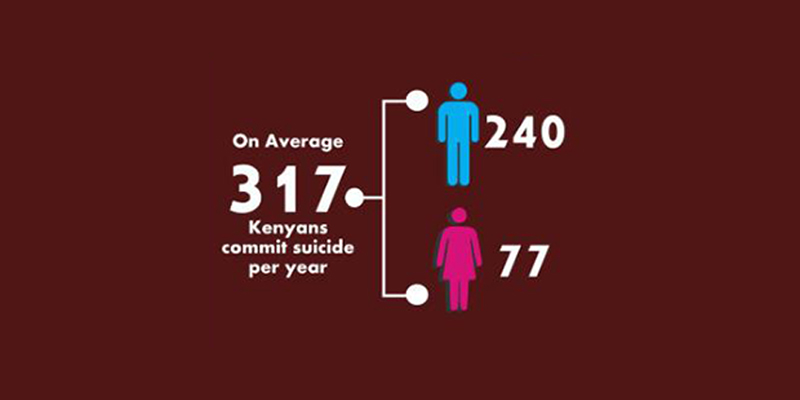 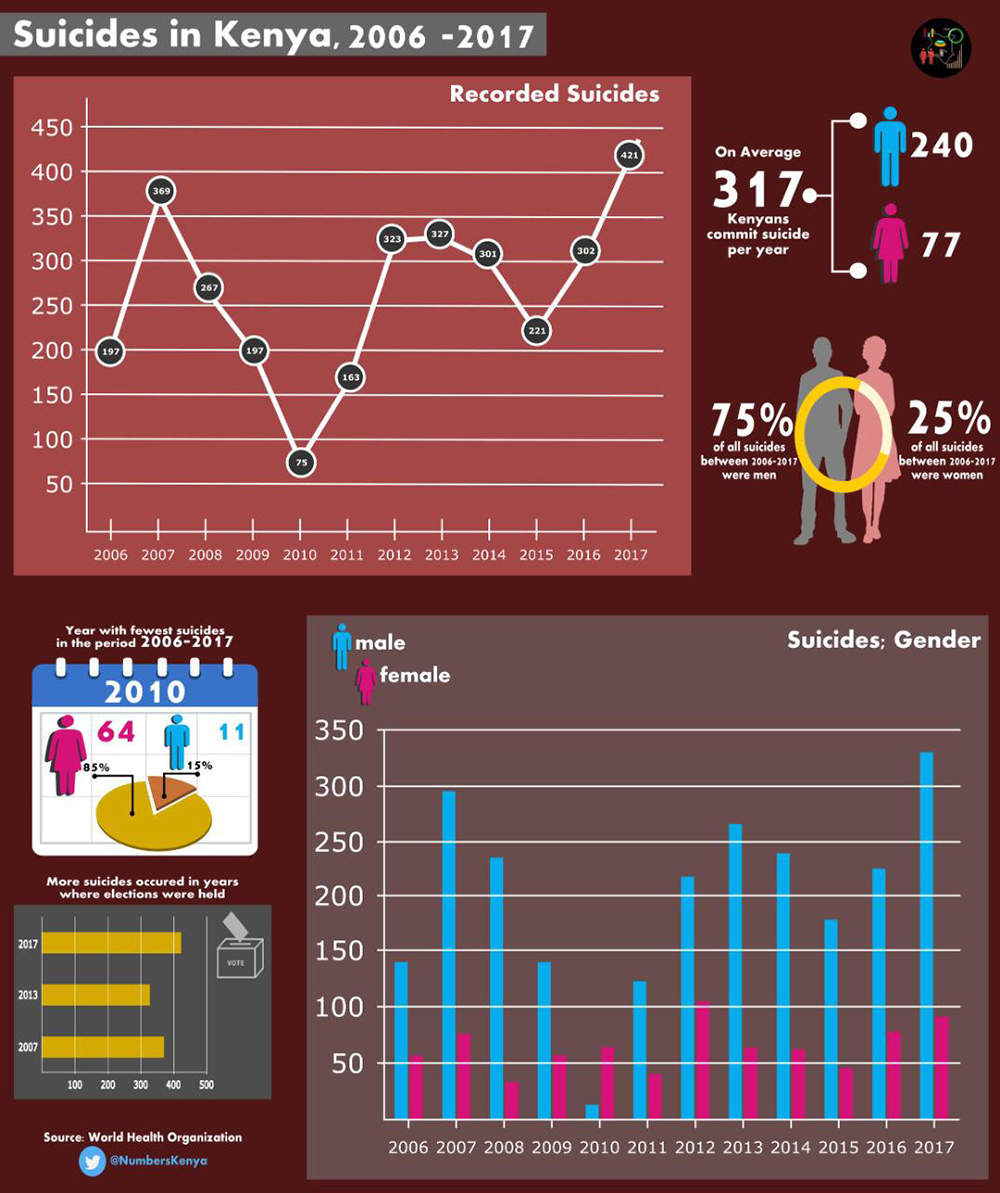 The data reveals that the lowest incidents of suicide recorded were in 2010 at 75 cases, while the highest recorded cases were in 2013, 2007 and 2017 respectively. Though no study to find a causal link between suicide and elections has been conducted, it is worth mentioning that the years Kenya has recorded the highest rate of suicide have also been the years that General elections were held in Kenya.

The World Population Review ranks Kenya at position 114 among 175 countries with the highest suicide rate. Furthermore, Kenya’s suicide rate is at least 6.5 suicides per 100,000 people, a figure echoed by the World Health Organisation.

According to a world health organization 2017 report, Kenya has no vital registration data well enough for the direct estimate of suicide rates, due to the lack of proper data on the causes of death. In a study conducted by Mary Bitta, a researcher at KEMRI-Wellcome Trust, a health research institute in Kenya, the criminalisation of suicide in Kenya undergirded in the penal code and cultural stigma against suicide are the main reasons for the poor state of data on suicide. Moreover, misclassification of deaths by other causes such as accidents and a lack of suicide report verification using coroner certificates are other reasons for the scanty data on suicide rates.

Indeed, without a specific place to get reliable data on suicide, the government and the citizenry are ill-equipped to fully comprehend, diagnose and tackle the issue of suicide in Kenya. In this regard, more must be done within our health, legal and criminal systems to improve data collection, reporting and handling of suicide and suicide cases in Kenya.

Infographic by Mdogo and written by Joe Kobuthi.