Where Do Kenyans Seek Medical Treatment? 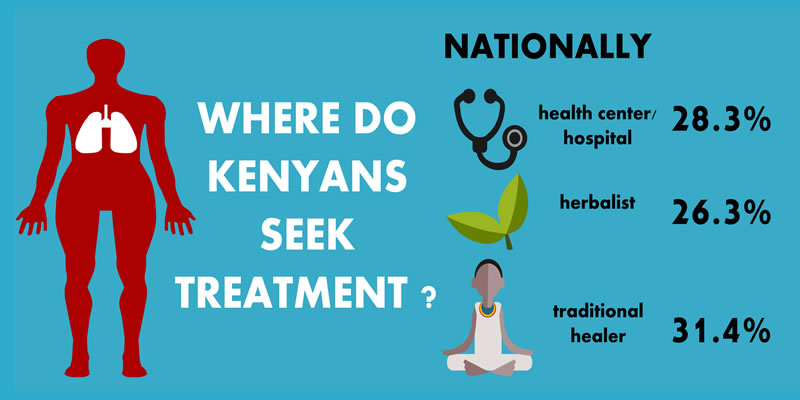 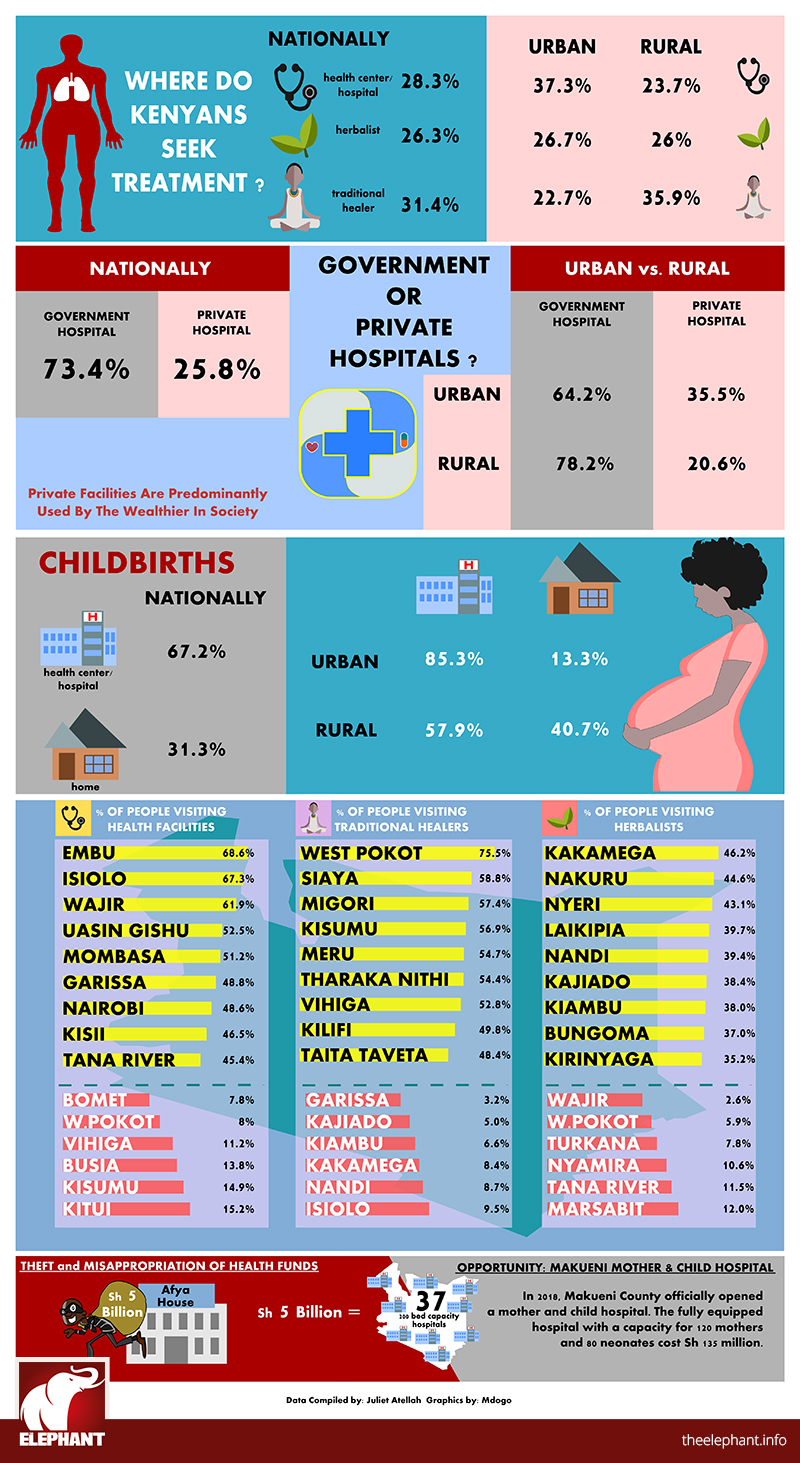 In Kenya there are about 15 medical doctors for every 100,000 persons, a ratio that is quite low. Due to this, people seek other alternative sources of health care. For this reason, over 70% of Kenyans rely on traditional healers as their primary source of health care. This number is high because healers respond to diverse needs – they work as herbalists and birth attendants and they’re within reach of ordinary citizens. Estimates suggest that there is one healer for every 950 patients operating both in the rural and urban settings. legitimacy and authority are bestowed on them particularly because they act as custodians of precious biodiversity and the bearers of traditional knowledge.

According to a national household survey released  by Kenya National Bureau of Statistics, 57 percent of the population seek treatment from traditional healers and herbalists compared to 28 percent who accessed from health facilities. 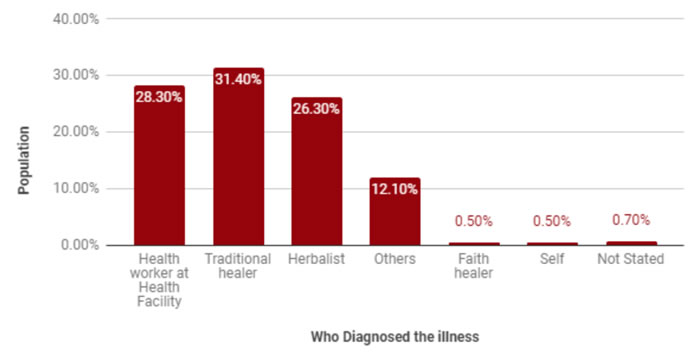 Population distribution by who diagnosed the illness

The same study also revealed that as compared to their counterparts in urban areas rural folk visit traditional healers more by a 13 percent difference, largely due to the distribution and accessibility of health centres in the rural areas viz. urban centres. 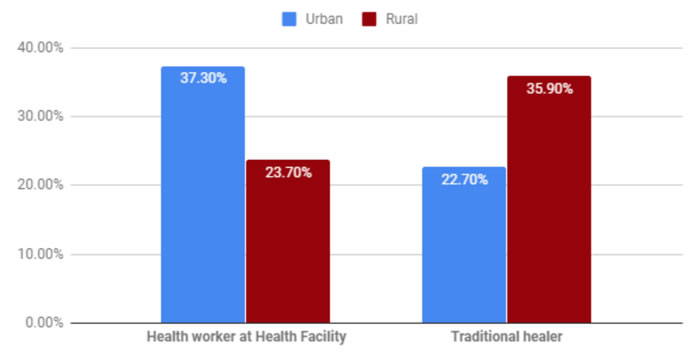 Population distribution by who diagnosed the illness: Rural v. Urban 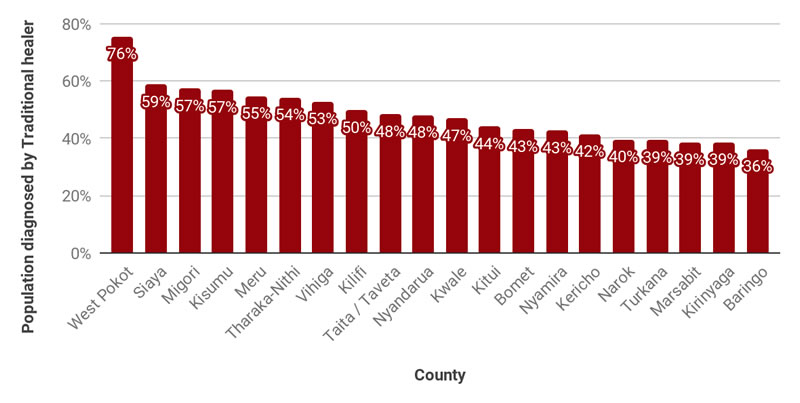 For those who seek treatment in the health facilities only 1 in 4 Kenyans have access to private hospitals or clinics while the majority of the population are reported to access treatment through public health government hospitals, dispensaries and health centres. 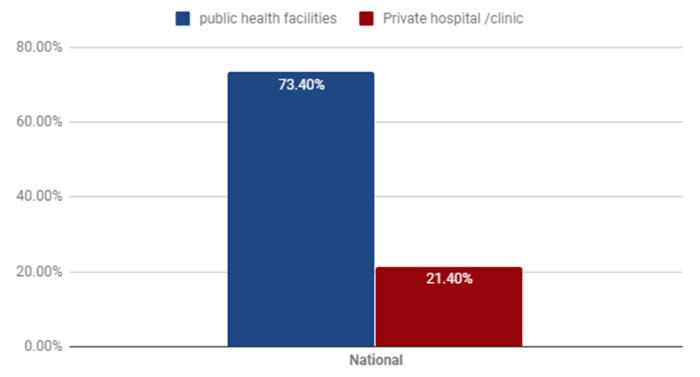 Urban constituents recorded a higher access to private hospitals at 78.2 percent than their rural counterpart  at 64.2 percent. 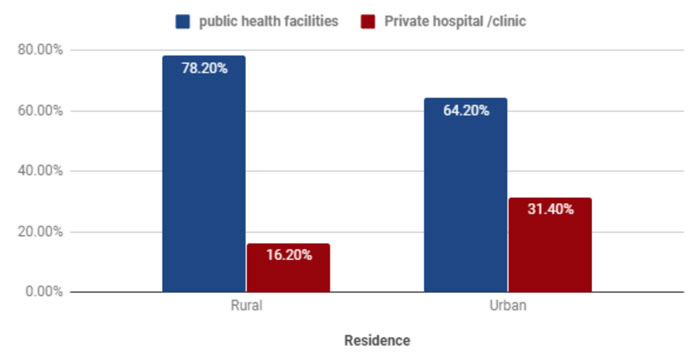 The government of Kenya seeks to have universal healthcare to all Kenyans by 2022 to guarantee access to quality and affordable health care. As the data suggests, government should therefore lay its emphasis in investing in public health systems and traditional medicine which have the potential to transform primary healthcare and make it more affordable and accessible.