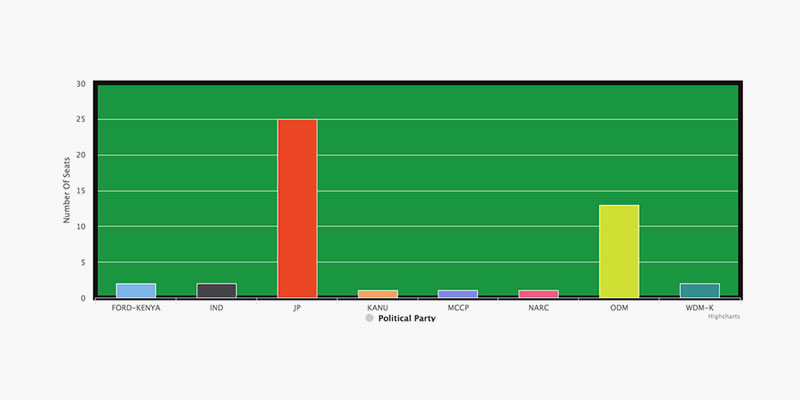 3 out of the 10 women who run for Governor were successful. Anne Waiguru (Jubilee/Kirinyaga) Joyce Laboso (Jubilee/Bomet) and Charity Ngilu (NARC/Kitui) beat their male counterparts to make history as Kenya’s first female County Governors. 22 women were elected to the National Assembly Majority of elected Women Representative are from the jubilee party.