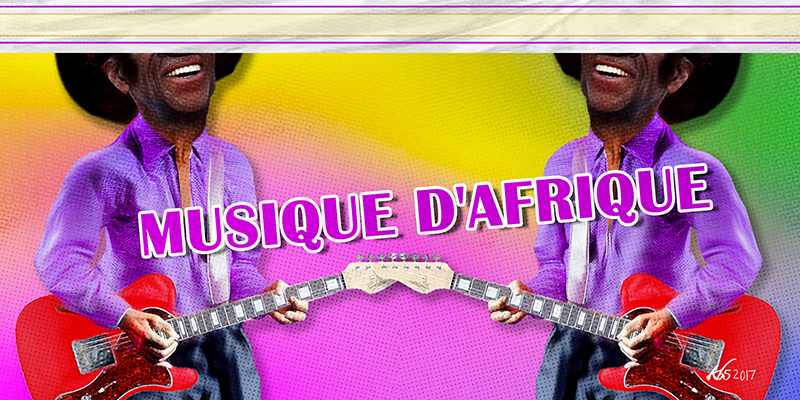 On October 6, 2021, both Congos—Brazzaville and Kinshasa—submitted a formal proposal to UNESCO to recognize Congolese Rumba as an intangible cultural heritage. When UNESCO announced the list, Congolese Rumba did not make the cut. At least, Morna music from Cabo Verde did. Recognizing a musical genre as an intangible cultural heritage brings with it things like legal protections. Were Congolese Rumba to command entry, it would mark a further centering of African culture in the world’s imagination and priority.

Over the last decade, a concerted effort by producers, filmmakers, historians, journalists, and image-makers worldwide has sought to reinterpret Africa’s image and center its place in modern history. Books, records, films, and an ever shifting gaze away from the metropoles of North America, Europe, and East Asia have wonderfully exposed Africa’s rich offerings.

Each endeavor has its own motivations but each are bound by a consensus that it would be a grave error, and downright idiotic, to continue to ignore the vanquished cultural history and stories that have shaped a continent that sits as much at the center of most conventional maps as Europe.

Musically, Congo is the mothership. Congolese rhythms laid the groundwork for many styles of music across the Atlantic, most notably in Haiti, Cuba, and Brazil. Its guitar styles caressed Africa, inspiring artists from Senegal to Somalia to South Africa to South Sudan. As early as 2011 in Accra, I picked up a copy of one of the best selling albums in Africa in the 1980s, an LP by Rumba maestro Docteur Nico.

With nearly 90 million people, projected to reach 200 million by 2050, bustling cities, a storied culture, and a history that demands rethinking, not least because our so-called modern world runs off the toil of Congolese labor and the fruits of their soil, the world needs a piece of storytelling humanizing a place few will visit or even experience via the internet or TV in their lifetime.

Rumba Kings, a new documentary by Alan Brain, a Peruvian-American filmmaker who boasts an impressive, committed CV, offers a commendable and tireless argument for both an intangible cultural heritage and a centering of the Congolese way—but, like all immense endeavors, is not without flaws.

It excels through its tightly knit narrative and historical recount, not sparing the brutality of Belgian colonizers, as well as a clean, simple structure and edit, making the documentary accessible. The utter lack of western or European voices and faces is most welcome. Congolese musicians are expected, but Congolese scholars and pundits are not as obvious, often easily overlooked. European and American documentaries on Africa have in the past centered a white character or produced something entirely devoid of African voices.

As someone intimately familiar with the intricacies and difficulties of working with archives and sourcing aged imagery, the sheer abundance of archival footage and photography in Rumba Kings is no easy feat. You’re always in charge of the production—the filming, the music recording—but scouring the past for its relics requires good fortune birthed by tenacity and persistence.

Such attention to detail is also evident in the film’s focus on the enduring legacy of Cuban culture on Congolese music. Cuban music is an awesome force in Africa—the soundtrack to the Cuban Revolution’s commitment to African independence struggles embedding itself deeply into the repertoire of many of the continent’s capitals. There is a uniqueness to its presence in Kinshasa, where Congolese music welcomed home a sound that partially found its identity on the rhythms of central Africa. While the West African coast is dotted with enviable interpretations of Cuban music, the Congolese-Cuban sound is exceptionally sweet and deserves a documentary of its own.

For this record producer, the documentary’s nod to Congolese record labels was short but crucial. Record labels are treated with immense suspicion in the overly moralized Western imagination, but they are the key business engine and vision behind memorable cultural eras. Music needs money and strategy.

That none of the labels featured in the film—the most major record labels in Congo at the time—were owned by Congolese is unsurprising given the nature of capital in the country, but also an important revelation of a vestige that persists today perhaps more than elsewhere on the continent. West Africans owned mega labels like Syllart, East African governments nationalized their music, North Africa’s imprints were mostly all home grown. If, as the documentary says in its promotional slogan, “Congo’s real treasure does not lie underground,” it begs the question why the nature of ownership follows a similar structure to the extraction of its mineral wealth—a question the documentary could’ve posed with investigative vigor.

While the figures interviewed are a star list, the film’s insistence on tracing the story through a series of characters and voices rather than developing a small cadre of central characters weakens the transmission of intended feeling: building an endearing emotional attachment to Congo via a few central characters. The Guardian’s short, viral documentary on Somali music from the 1980s is a fine example of this approach.

Rumba Kings also could have dedicated space to the deep roots of Congolese music to discover where the prowess, melodies, and rhythms were born. Some of the most stellar Congolese melodies in Brazzaville derive from ancient folk traditions of smaller towns and villages deep inland, where many musicians migrated from. There is a deeper level of understanding Africa’s relationship with sound that we often ignore. As an Asian, it is the same as tracing the roots of the endlessly diverse cuisines of my home continent, where the trail leads to unsung master chefs in the hinterlands where few venture.

Perhaps the most lamentable aspect of the documentary, for all its good intentions and efforts, was what was left out. It is the same coverage that is neglected in endless columns, articles, analysis pieces, and album liner notes about contemporary African history. What happened? If we’re going to celebrate Congo, its music, and this rich era when everything seemed to be going right, when Zaire hosted music festivals, bands, and boxing tournaments from around the world, when the guitars looked so fresh like they were made in Kinshasa itself, to the dire situation Congo and other African states find themselves in today, we should be compelled to ask what happened? There was no mention of what stripped African countries like Congo of their “golden era,” or the energy and exuberance of independence that ushered in a cultural epoch that will be spoken, covered, and featured for generations. A small mention of the manufactured debt crises and structural adjustment, the scars of which are so visible and still bloody on the continent, goes a long way. Without exploring this era of the recolonization of Africa, as Thomas Sankara put it, one unwittingly perpetuates a fallacy that Africans cannot govern themselves, and any abundance that reaches African societies will be short lived.

An issue that affects all African-focused documentaries, not Rumba Kings in particular, is one of control. Distribution of Western documentaries is too tightly controlled and rarely, if ever, finds its way anywhere outside Europe, North America, and maybe Australia. A quick glance at the film festivals screening Rumba Kings has only Brazil as the sole global South audience. This is not a failing of this film in particular of course, but a scathing indictment of the arrogant, incentous nature of the documentary film industry. Who are these documentaries made for? There’s no doubt Rumba Kings is made for a Western audience. Will anybody in Africa or Asia, where 80 percent of humanity lives, be privy to its insight? Music is available worldwide, why is this mostly available at film festivals in European cities that most of the world risks drowning in the Mediterranean to reach?

Lastly, viewers should be cognizant that this was supported by the Africa Museum in Belgium. The museum underwent a $67 million revamp to clean its crass colonial image and depictions of Africa within its walls. Its support for films on King Leopold’s former fiefdom appears to be part of its ongoing mission to paint over its lamentable image with storytelling of such nature, rather than, say, spending $67 million in some form of restitution to the two Congos themselves.

Nevertheless, the subject matter remains infallible and Rumba Kings is a tireless and commendable effort, and a timely, solid case for Rumba’s designation as the world’s latest protected cultural heritage.