Kakamega and the Making of Bizarre News 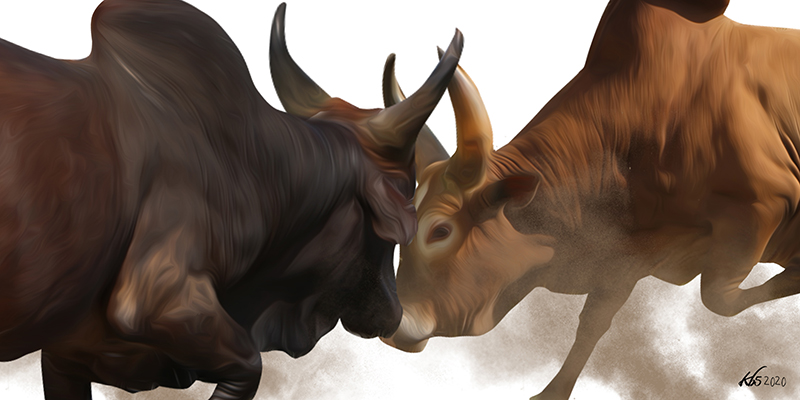 In the everyday human stories, away from the mainstream media-which often functions as the sanitiser and theatre of the elite—the wider Kakamega region dominates the locus of what would pass for interesting cultural news.

The swath of off-the-cuff social and cultural news sways wide, from the death of an entire lineage, tales of bullfighting, chicken kills child, cockfighting episodes, and the recent tragic student stampede. There’s the birth of strange calves, man marries sister, walking corpses, wife swaps, and unexplainable phenomena. Kakamega County, it is said, is the Florida of Kenya, and the home of peculiar news.

Granted, one is guaranteed to encounter weird happenings where people exist, but year on year the region has consistently functioned as the gold standard. It could also be that local issues, secluded from the mainstream narratives of society, ends up being given faulty interpretations and tagged as abnormal.

The origins of Kakamega’s cultural tipping point could easily be traced to the infamous James Mukombero’s 2001 murderous spree. On a rainy Sunday night in late April 20 years ago in Bulira village, Kakamega, 43-year-old Mukombero had dinner with his wife, three sons and a daughter before going to bed. His sons retired to their Itsimba, built next to their father’s house.

In the middle of the night, Mukombero crept out of his bed, picked up a machete, and hacked his pregnant wife Susan to death. He then entered his sons’ house and killed the three — Evans, Oscar and Alusiola. His murderous binge was far from over, as he woke up other family members claiming that his wife was unwell and needed to be rushed to hospital. He killed them too, as his brother fled and hid in the maize plantation.

News and their social epidemics

With the largest rural population in the country, coupled with a hugely diverse set of ethnic subcultures, Kakamega County is unsurprisingly a crucible of diverse and competing versions of cultural intrigues.

In the Tipping Point, sociologist Malcom Gladwell talks about the power of context to set off a chain reaction of events, cultural signals, and cues that normalise certain behaviours and beliefs of the kind often reported about Kakamega. The point at which a wide and varied set of complicated cultural news becomes a behavioural epidemic depends on a set of specific personalities, events and spatial conditions.

A large rural-based population like Kakamega’s is by nature much more conservative, culturally complex, rooted in local social politics and taboos, has largely observable behaviour and would gladly embrace tales about events that are out of sync with what many would consider normal. However, this isn’t unique to the region. So that still begs the question: why this one region? And why this one county in the region?

Kakamega could simply be said to constitute higher levels of culture-bound syndromes than other similar enclaves of rural modernity in the country. In The Culture-Bound Syndromes, cultural anthropologist Charles C. Hughes lists 200 localised psychiatric, cultural and physical behaviours that have, at one time or another, been considered culture-bound syndromes. While many of these psychiatric and cultural behaviours are based on local beliefs, many carry with them normalised psycho-spiritual explanations. Culture-bound syndromes especially of the social and behavioural kind are rooted in these unique local anthropologies.

Kakamega’s cultural realities could also be explained by the fact that it borders six other counties, including three of the most populous, with over seven million people existing right within its proximity. Being a transit county, there’s a lot of opportunity to interlink subcultures, widen demographics, and incubate quirky cultural ideas. Hughes and Simon further elucidate that, in theory, culture-bound syndromes are those practices in which alterations of behaviour and people’s experience feature prominently. In actuality, however, many are not actual syndromes at all. Instead, they are local ways of explaining any of a wide assortment of traits and occurrences.

Within the political dysfunctionality of this country in which the media revels in the sensational, Kakamega seems to have produced more than its fair share of colourful characters. The county’s consistent stream of cultural news is one of the nation’s underrated cultural comedies, with the entire county acting as the punchline.

To be fair, it could be that the region is typecast based on the concept of availability heuristics, a cognitive method by which our brain uses shortcuts to process news and draw conclusions. Having been fed a staple diet of editorial news from the region laced with spooky taboos, beliefs and ideas, we may have unconsciously learnt to view the region through a stereotyped lens.

Within these contested editorial narratives, the county’s massive utility value to the wider estern Belt stands in contrast to the largely rural docility that defines its public life. Kakamega region’s political significance is often counterbalanced and even neutered by its ethno-political peer, Bungoma County, which hosts the second largest Luhya subtribe, the Bukusu. Hence, the editorialised cultural and social news inevitably reigns more prominently than the low political bandwidth that the region adds to national politics.

Buoyed by the Kisumu-Webuye highway, Kakamega hosts 8 of the 18 Luhya subtribes, and makes up the second most populous county after Nairobi, close to 2 million people holed up in a mere 3,000 square kilometers of land. It could therefore be that the diversity of the county, the huge rural population, and self-perpetuating mythology is what fuels this comical disrepute.

Kakamega has been among the biggest beneficiaries of devolution, with the region boasting increased trade thanks to the 85-kilometer Kisumu-Kakamega-Bungoma-Webuye highway. A Sh120 million Shirere-to-Lurambi street electrification plan, a ten-year municipality spatial expansion plan from 12,108 acres to 30,394 acres, a park facelift and a Sh400 million World Bank-funded streets upgrade, have anchored the region as the bastion of rural modernity.

Even then, in this theatre of journalistic absurdity, one has to wonder, is the county merely the punching bag of a media that revels in the most ridiculous of news? This is a persistent conundrum that no one can satisfactorily explain.

Just late last year alone, a pastor got bitten while flashing out a beaded snake in Lumakanda, matatu crew kidnapped a cop in Mumias, identical Kakamega twins accidentally met online and Lurambi locals demanded the renaming of a school from Mwangaza (light) to its former name, Ebuchinga (place of fools).

Mukombero’s shocking tragedy may have faded from the nation’s collective memory but the media has continued to inundate us with tales of crazy news including the December incident of a dead man who allegedly refused to be buried. A lot of the county’s news stories range from the silly or weird to the cringe-worthy, to straight-up felonies, to the tragic. Not all the gripping tales from the county are comical although, in Kakamega, the farcical tragedy often wears the mask of comedy.

The worst must be reported

Interestingly, a casual search of Kitale, Kisumu or Meru could easily bring up equally strange tales of sexual, criminal, economic and social deviance similar to Kakamega stories. So that still leaves us with the mystery of why the county is such a hotbed of weird news stories. It could partly be that for news bureaus located in far-flung places the only news worth including in national bulletins is that which falls right off the alley of everyday normal issues. But then, that’s not the preserve of one county, constituency or region.

Could it then be that, as the most advanced county in the region, with great infrastructure and ethno-cultural diversity, the county is simply the best muse a newscaster could wish for? A crucial explanation could be the classic case of the streetlight effect.

An old parable ascribed to 13th Century witty Turkish philosopher Mulla Nasreddin tells the story of a drunkard searching under a street lamp for keys (or wallet depending on who is telling) that he had lost.

A cop on patrol spots the drunken man intently searching the ground near a lamppost and asks him what he could be searching for at this godless hour. The visibly inebriated gentleman replies that he is looking for his keys and the officer offers his help for a few minutes before he asks whether the man is certain that he dropped near the lamppost.

“No,” he replies, “I lost it somewhere across the street.”

“So why look here?” asks the officer.

“The light is much better here,” the drunken man responds.

It could also be that the phenomenon is primarily pegged on the power of a self-perpetuating viral effect and observation bias. In 2018, a section of Twitter planted the idea that weird things happen in Kakamega, and christened it the Florida of Kenya. In observation bias, the suggestion entrenches the mindset, after which you tend to notice news that confirms the bias.

There’s no definitive proof that the county is culturally weirder than any other county. According to the 2016 Kenya police annual crime records, Nairobi and Mombasa top in theft, while Kiambu and Meru lead in overall crime prevalence, Lamu leads by crime index followed by Meru and Kiambu then Isiolo. In none of the listed crime categories—vehicle and other thefts, theft by servant, dangerous drugs, stealing, criminal damage, economic crimes or homicide—does the county feature in the top five. This is replicated in the 2017 and 2018 reports in which the region’s image would pass for that of a pretty peaceful and uneventful county — only that culturally it isn’t.

The Anatomy of a Stereotype

A pertinent downside of the Streetlight Effect is that local newscasters parade simplistic headlines, from man killed over ugali, to corpse protests over unpaid dowry, to man sells wife for Sh500, to corpse refuses to be buried. These editorialised models of stereotyping and curating Kakamega’s regional news reveals the policed ways in which modern media forms engage cultures that defy the stated norms.

There is need for cultural literacy that is pegged on a reimagined way of understanding contexts and peoples in ways that help us to question media grammar and stereotypes. Alternatively, local digital platforms could, and as often as possible should, replace the failed cultural imagination of the mainstream media, and supplant it with nuanced cultural explanations of these “bizarre” news.

Not all these issues are explainable though and the region’s unique demography, cultural symphony, political place in the national discourses, and media voyeurism will lend it to the editorial muse for the foreseeable future. The verdict is still out there whether Kakamega County truly is the Florida of Kenya.