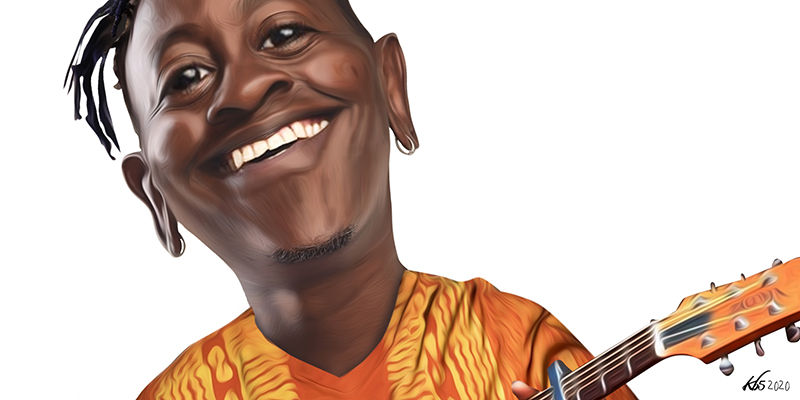 Sometime back, Kenya was presented with several designs of what was envisaged as the “national dress”. A team of eminent persons in the culture scene had been tasked by the Ministry of Culture to search, identify and come up with designs that would help us finally resolve the longstanding issue of “What is a Kenyan national dress?” This debate was not happening in isolation; it was replicated in many other art genres in Kenya, such as the culinary arts (What is the national dish?)  but it was particularly prominent in the music scene.

Artists and experts continue to dialogue on whether we have what can be described as a truly Kenyan beat. Is it benga? Is it kapuka? Or do we stick with the beats that have come to be identified with our communities like omutibo in Western Kenya, mwomboko amongst the Gikuyu, sengenya, bango and chakacha at the Coast?

Do we have a beat (read music), such as mbalax from Senegal, kwaito or kwela from South Africa, juju music from several countries in West Africa, or rhumba from the Democratic Republic of Congo, that if heard out there could rightly be claim to be from Kenya? Do we need a beat that gives the country a distinct musical identity? Is this the same in other countries like Senegal, DRC, South Africa, Tanzania and globally?

In Senegal, mbalax is identified with Wolof in the same way that Lingala and Kiswahili are identified with the DRC and Tanzania, respectively. However, would singing in Kiswahili or in any other Kenyan language give the country a distinct beat? Most experts argue and agree that it takes more than language to give music a national identity. It takes more than just singing in Kiswahili, Dholuo, Gikuyu or Sheng.

Some industry players argue that Kenya has indeed achieved a similar feat with benga and that benga is not confined to Kenya alone; it has been exported to other African countries, notably Zambia and Zimbabwe. Shades of Benga, a book detailing the origin and growth of benga, makes a case for this beat as a truly Kenyan musical sound that has also had an impact beyond Kenya. Benga aficionados argue that this is the most distinctive sound to have come out of Kenya’s 70 years of creating urban guitar music.

In Senegal, mbalax is identified with Wolof in the same way that Lingala and Kiswahili are identified with the DRC and Tanzania, respectively. However, would singing in Kiswahili or in any other Kenyan language give the country a distinct beat?

“It may still not be considered an upmarket genre, but it has managed to establish its hold as a definite Kenyan style and beat,” the experts at Ketebul Studios, who put together a booklet, an audio CD and documentary DVD dubbed Retracing the Benga Rhythm note. “Sprinklings of it are to be found as far south as Zimbabwe and it has been borrowed, repackaged and offered in big-name music countries such as the Democratic Republic of Congo and Cameroon. From its humble rural beginnings, this music has been nurtured into a club circuit affair in numerous urban areas in East, Central and Southern Africa.”

Identity struggles beyond the arts

The musical discourse is not about to wane and the success or failure of the national dress experiment is still up for debate. However, this search, whether in the music scene, fashion, film or even the culinary arts, is without a doubt one of the clearest illustrations of our collective struggle with the complex issue of identity that also manifests itself in every other aspect of our national psyche in the political, economic, social and cultural spheres.

When we gained independence in 1963, the constitution prescribed a Westminster-model where the governor and the prime minister had their roles spelt out. However, immediately after independence, the KANU political elite sought to dismantle the independence constitution in order to implement a theory of a singular executive authority vested with the presidency. The elite wanted something akin to the American presidency but they fell short because they did not put in place other stronger institutions that would provide the necessary checks and balances. This resulted in a political struggle that culminated in a new constitution that is now faced with reverberations from this past era.

Eighteen months after Kenya attained independence, the government of the late Mzee Jomo Kenyatta published the African Socialism Sessional Paper No 10 that contained the basic tenets of what the founding fathers termed as the concepts and philosophy of a Democratic African Socialism that would guide their future planning. “We rejected both Western Capitalism and Eastern Communism and chose for ourselves a policy of positive non-alignment,” Jomo Kenyatta wrote in his opening remarks.

However, just like in politics, the economic blueprint was strong in rhetoric but failed miserably in its implementation. We gravitated towards Western capitalism and even became very hostile to countries and neighbours like Tanzania that had adopted socialism through Ujamaa.  Alexander Chagema, in an article aptly titled “Kenya, the Epitome of the Capitalist State”, described the country as “the epitome of the capitalist system of governance”.

David Himbara pointed out the same in his article “Myths and Realities of Kenyan Capitalism”. Other writers and experts have written about this dual existence. They all demonstrate how we have been struggling with economic identity. The political and economic identity struggles and the resultant machinations are reflected in the tussle on whether to support the nation or “my community”.

This struggle is often exhibited during elections when the political elite whip up ethnic emotions over national issues as they seek political office that is often associated with the economic rewards they are bound to reap or protect.

“The marriage of ethnicities in Kenya was arranged by the colonialists,” noted Prof. Kimani Njogu, a former Professor of African Languages at Kenyatta University and director of Twaweza.  “During the struggle for independence, a spirit of nationalism was ignited, but this vision was not pursued by the new leadership. Instead, ethnic affiliations have been stimulated and perpetuated by the political elite to acquire or maintain power. Ethnic cleavages continue to undermine national consciousness, often over competition for resources and access to political power. They undermine Kenyan nationhood.”

Ethnic affiliations have not only played out during elections and campaigns; the linguistic connections and differences are also a great indicator of the identity struggles that we experience. Broadly, noted Amitabh Vikram Dwivedi in Linguistic Realities in Kenya: A Preliminary Survey, “There are three language groups in Kenya, namely Bantu which includes Kiswahili, Gikuyu, EkeGusii, Luhya and Kamba; examples of Nilotic languages are Kalenjin, Luo, Turkana and Maasai, and Cushitic includes Rendile, Somali Borana and Gabra. Each group includes more than five dialects, which makes Kenya a multilingual country with nearly over forty-two languages.”

Ethnic affiliations have not only played out during elections and campaigns; the linguistic connections and differences are also a great indicator of the identity struggles that we experience.

The languages have been recognised by the Constitution of Kenya 2010. Besides these languages, the constitution also made Kiswahili the national and official language of Kenya. English, a colonial legacy, has been recognised as an official language. However, this has not helped to stop the wrangles on identity and recognition that have persisted between Kiswahili and English, given the historical context they stem from.

Contrary to the long-held postulation that it was the objective of the colonial government to promote English language in the colony, the colonial language policy was always inchoate and vacillating such that there were occasions that measures were put in place to promote or deter its learning. However, such denial inadvertently provided a stimulus for Kenyans to learn English considering that they had already taken cognizant of the fact that it was the launching pad for white collar jobs. This can be said to have been the genesis of English’s hegemonic and divisionary tendencies, between the elite (those who could use it) and the masses (those who could not use it).

Identity struggles within culture and the arts

Political and socio-economic identity struggles in Kenya are taking place with such intensity because our cultural identity has also not been addressed. Observers note that we fought for political and economic emancipation, and while we might have scored some victory on these fronts, we did not sufficiently consolidate it through a well thought-out cultural policy that took note of our diversity and grounded our aspirations on the strengths that these diversities presented. We defined ourselves clearly as Africans when we wedged the political war through fronts such as the Mau Mau but failed to develop similar clear identities when it came to our culture that would be explicitly defined through our artistic impressions and expressions.

For a full comprehension of the dynamics, dimensions and workings of a society, any society, the cultural aspects cannot be seen in total isolation from the economic and political ones. The quantity and quality of wealth in a community, the manner of its organisation from production to the sharing out affect, and are affected by the way in which power is organised and distributed. These in turn affect and are affected by the values of that society as embodied and expressed in the culture of that society…the wealth and power and self-image of a community are inseparable…culture gives that society its self-image as it sorts itself out in the economic and political fields.

The first cultural policy for Kenya was launched in 2009 – 46 years after the country had attained her independence. Before it could even be implemented, the country gave itself a new constitution a year later and that necessitated a further review of the cultural policy to align it to the new constitution. There was an intensive process to align the policy to the constitution but the subsequent document has never seen the light of day. The country went back to its default mode of trying to define itself and realising matters to do with culture and producing artistic expression and impressions without grounding these on an official policy.

There is no doubt that culture and cultural identity are at the centre of the quest to resolve identity issues in Kenya’s arts scene. This quest certainly includes our continued obsession with a national dress. It also includes a desire to identify a beat that can be called truly Kenyan.