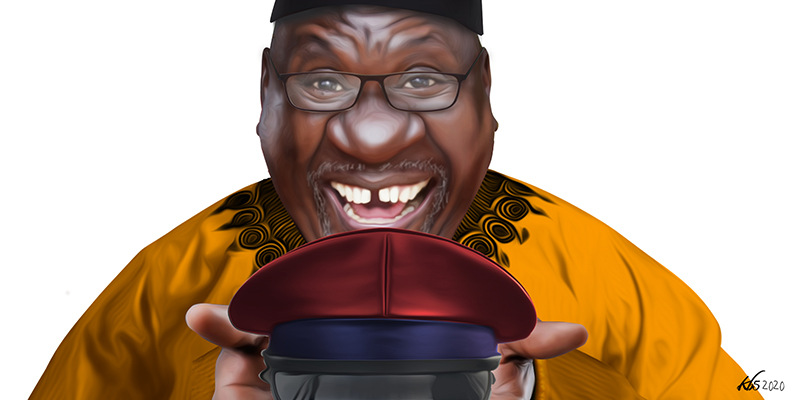 When Charles Bukeko attended Jogoo Road Primary School in the 1970s, it was a bastion of sporting, athletic and academic prowess in an era when the emerging Eastlands urban spaces were orderly, neat, well-tended, and provided a quality environment In which to live.

Bukeko lived in Lumumba Estate, the council estate where many civil servants lived in the 1970s and 80s, and where he developed a love for football above all else.

To be fair though, the football frenzy of the seventies had a psychological grip on the national psyche, and provided the safety valve for a nation that was still reeling from the political mistakes of the mid-to-late 60s. The Abaluhya Football Club (AFC), in particular, enjoyed a winning streak year-on-year despite the cancellation of the 1971 national league halfway into the season.

The national team, Harambee Stars, had qualified for the Nations Cup finals in 1972 and at the City Stadium, Gor Sirkal had secured a big win in 1975. At the same time Kenneth Matiba had become the Kenya Football Federation chairman. The likes of the double-foot dribbling wizard Chege Ouma, the all-rounder Jackson Aluko, and maestro Livingstone Madegwa were harassing African soccer giants Cameroon, Mali, and Togo in their qualifiers group, and setting new precedents in Kenyan football.

It was inevitable then that, Papa, who had schooled just down the road from the then Jogoo Road Stadium (now City Stadium), would give football a shot, just like many youths from Mbotela, Maringo Estate, Lumumba, Jericho and along Jogoo Road. ”I’m an ardent fan of AFC Leopards. My dad took me to the field to watch AFC Leopards when I was 4 years old,” Bukeko once remarked. This love for football, a legacy from his father, would grow through the decades and he became an ardent fan of the local leagues, while throwing his support behind clubs like Sofapaka and AFC Leopards.

Bukeko was born in Buhalarire in the central Marachi region of Mumias, in Kakamega. The eldest son of Valeria Makokha and Cosmas Wafula, Bukeko first lived in Lumumba Estate before he was transferred to Mumias School, as an unsuccessful last-ditch effort by his parents to dissuade him from focusing too much on football. He still went on to play central midfield for Mumias FC in Kakamega, Nzoia FC and Pan Paper FC in Webuye, and for Congo boys in Mombasa. It’s during his stint at the coast that he earned the name Champezi, a transliteration of champion, given to him by former president Moi’s political kingpin at the coast, the late Shariff Nassir.

Bukeko eventually hang his boots and exchanged the sea and football for a life back in Nairobi, moving to a house in Uhuru Estate next to Kisimenti Building, and right around the corner from where he grew up in Lumumba Estate. Neighbours describe him as an affable man who took over the estate’s security affairs in the 1990s as crime rates rose in tandem with the negative economic impact of the Structural Adjustment Programmes of the early 90s. Together with his wife Beatrice Ebbie Andega, Bukeko had three children – Anthony, born in 2006, Charlie in 2007 and Wendy in 2009. He was also man of quiet faith, an ardent teacher of the scriptures and a church leader.

Bukeko stumbled onto the stage by sheer fate when working as a halls custodian at the University of Nairobi; the set of a theatre play that his friend was staging, fell apart, the actors bailed out and Bukeko stepped in and saved the day. That act in the late 1990s marked his first appearance at the Kenya National Theatre and sparked a flame that became a burning ambition. His friend Patrick Kanyeki recalls Bukeko’s laser-focused, borderline obsessive approach to acting; Papa would write his own scripts, master and rehearse his lines and start his morning trek into the city so that he would arrive at the KNT early in the day.

And so, long before he became Papa Shirandula, Charles Bukeko had established a name for himself at the Kenya National Theatre, working in the late 1990s and early 2000s alongside the likes of David Kinyua, Ben Kivuitu, Fred Muriithi, Patrick Kanyeki and Peter Mudamba, under Pambazuka Productions. He later moved to the French Cultural Centre to work alongside such emerging young talents as Nice Githinji and Shiko Mburu.

The veteran ecologist and thespian Ochieng’ Odero would become Bukeko’s first director before he moved on to the Phoenix Theatre and met producer Ian Mbugua, the man who introduced him to the legendary Scottish ex-serviceman and sailor-turned-thespian, James Falkland. Falkland, had just founded Phoenix Theatre with his partner Debonnaire. Bukeko spent the next three years at the Phoenix working with Falkland and his friends James Ward and Kenneth Mason. It was also around this time that he started putting together his own shows under Mbalamwezi Productions in collaboration with producer Peter Mudamba.

Enter the celebrated filmmaker Bob Nyanja of Cinematic Solutions who had been a literature undergraduate at the University of Nairobi when Bukeko was employed there as a Halls custodian. Bob had returned from South Carolina with a Master of Fine Arts in film in the late 90s ready to transition Kenya’s stuttering creative arts onto the screens.

Nyanja first featured Bukeko as a night guard in the 2007 film Malooned! in which Peter Ndambuki aka Churchill played the role of a street urchin. “We walked all over town looking for a guard’s uniform that would fit Papa”, Nyanja remarked in a tribute to Bukeko. Bob Nyanja was also the muscle behind the massive TV comedy hit Redykulass.

It was during the opening of Malooned! at the Junction Mall that Royal Media Services director Wachira Waruru proposed the idea of expanding the role of the guard into a television series. Bukeko, sensing the opportunity to do something remarkable, wrote the first scripts of what went on to become this hugely successful show, and Papa Shirandula was born.

There was a visionary zeal to try out new programming for local audiences in the mid-2000s pioneered by Wachira Waruru, Bob Nyanja, Catherine Wamuyu and a band of local directors, filmmakers and producers. This risk-taking paid off and released a tide of relatable content that beat back the dominance of foreign soap operas.

For Bukeko, Papa Shirandula was the culmination of nearly 12 years of stage productions at the Kenya National Theatre, Braeburn Theatre, Phoenix Theatre, and dozens of screen productions. When asked about his big breaks Papa remarked, “My breakout role was when I was cast as Herod for the play, Nativity at the Braeburn Theatre”.

The name Shirandula is made up of the Wanga word khurandula which loosely translates as tenacity. It’s clear why Bukeko would go for that moniker given his own personality. The name’s resonance with the public also spoke to his impressive ability to transform seemingly mundane acts and phrases into social currency.

As a thespian, Bukeko embodied a dogged determination and constantly decried the youth’s desire for quick success. While he often spoke about the urban youth’s predicaments, he also didn’t shy away from criticising their impatience and the effect it had on their young budding careers. As a testament of his belief in the youth, Bukeko, now Shirandula, was the first guest at the Churchill Show set up by his contemporary Peter Ndambuki to show-case emerging talent.

His own show, Papa Shirandula, fed into the emerging classist posture of Kenya’s viewership at a point where Mexican soaps like La Mujer De Lorenzo, Cuando Seas Mia, the South African TV series Reflections, and Asian acts like Kyunki and Kahaani had dominated the screens. By the early to mid-2000s, the Vioja Mahakamani, Vitimbi, Sokomoko and Tausi had long been edged out, while the Boomba Train youth culture of the early 2000s, was demanding for a yet-to-be figured out screenplays.

At the outset, Papa Shirandula’s viewership was limited to its blue-collar origins and brand but soon developed crosscutting audience appeal, partly because of Bukeko’s performance where his persona and his alter-ego blended deeply as both fed off each other. On screen, Bukeko would give way to Papa Shirandula, this security guard who had three wives and a white girlfriend and who manages to hide his true profession from them all. Bukeko seamlessly morphed into Papa Shirandula, a burly guard in a red uniform; an impostor who sustained his double life as a patriarch, polygamist, elder, doting father, and scheming character across a series that ran for 13 years.

As Kazungu Matano (Captain Otoyo) recalls, outside his inner circles, Papa’s weight was a sensitive topic and something he privately admitted to struggling with and, indeed, the 1990s build of an athletic man had changed drastically as the years progressed.

In South Africa, Papa was well known through the viral Vodacom ad in which he played the role of a dictator, evoking the role of Joseph Olita, the man from K’ogelo who had played Amin in The Rise and Fall of Idi Amin (1981). The ad is hilarious, comical and very relatable across the continent, a feat only matched by his signature Brrrrrr! moment in the 2007 global Coca Cola advert. Papa went on to feature in the internationally acclaimed Fernando Meirelles book-to-film adaptation, The Constant Gardener (2005), in Malooned! (2007), and in The Captain of Nakara (2012).

In losing Shirandula we have lost something more than a thespian of great prowess and an industry trailblazer. He also mainstreamed a kind of Kenyan blue-collar masculinity which previously had little representation in our popular imagination, where the preacher and the politician are the epitome of masculinity. Out of these two flow all the sub-archetypes that dominate the public imagination of what it means to be a Kenyan man and, therefore, Shirandula’s blue-collar, masculine sub-archetype rarely received the kind of visibility that a lot of other urban sub-archetypes in this country do.

And so, throughout the 80s and 90s, we see a masculinity where the man would comfortably live in the tea estates of Kericho, or Kaloleni—as Marjorie Oludhe chronicled in Coming To Birth —while his family lived on the land in Whisero, or Kanyadhiang. Guess who had done that decades earlier?

Bukeko played into the paradoxical stereotype of the Luhya man as a potbellied guard which fits a little too well with the all too familiar portrayal of Luhyas as dominating the private security sector, Kalenjins the police, Luos the handicrafts sector, Kikuyus trade, and Kambas as loyal civil servants and juniors to Asian bosses.

Ethnic stereotypes range from the funny to the downright disrespectful; a trope which papa had to fight as he exemplified the stigma associated with the job of a security guard. Shirandula gently managed to almost single-handedly give voice, representation, and nuance to the talented, pragmatic, modest, blue-collar masculine sub-archetypes that work in the shadows of capital and its structures. He explored the struggles of that type of man to fit in, the black tax that those men paid, and their complicated relationship with the Juma Andersons (his boss) of capitalist racketeering.

Papa made the careers of many along the way, famous of them all Felix Odiwuor (Jalango), his counterpart, Kazungu Matano (Otoyo), Papa’s onscreen wife Jackie Nyaminde (Wilbroda), Daisy Odeko (Naliaka), William Juma (Juma Anderson), Jackie Vike (Awinja) and Kenneth Gichoya (Njoro), all of whom have also had significant success on radio, on YouTube, as MCs and as comedians.

So when the news of his demise reached the Kenyan newsrooms, a strong sense of loss engulfed the public, a rare occurrence in this age of post-humous flagellations. We haven’t just lost Bukeko, we’ve lost Shirandula, the embodiment of the work ethic of the blue-collar worker, his tenuous relationship with the city—the tough underbelly of capital—and his struggle for dignity and identity.